As a response to the welfare of climate-forced displacement and societies, the whole of society must adapt sustainable development planning to focus on the most vulnerable people, to protect and restore vitality to degraded environments, mitigate waste, and strengthen the involvement of women in environmental decision-making at all levels and the accessibility to relevant resources.

According to a policy brief by the ASARECA supported project “Natural Resource Management and Biodiversity Conservation in the Drylands of Eastern and Africa”, drylands occupy around 2 million km2 or respectively 90%, 75%, and 67% of Kenya, Tanzania, and Ethiopia. The low level of precipitation and the high degree of variability limits the possibilities for rainfed crop production. More than 60 million people, or 40% of these countries’ population, live in drylands. and by 2025 this population is projected to increase to 90%.

Protecting people on the move and reducing their vulnerabilities is an essential part of restoring dignity. By 2050, it is projected that as many as 38.5 million people in East Africa will be forcibly displaced.

In Kenya, for example, people living around Mount Kenya have noticed that the snowcaps on the mountain have almost disappeared. This means less water for farming and other agricultural uses, as well as for downstream cities and urban areas. As a result, Kenyan women may walk miles in search of water for domestic use. People living around Mount Kilimanjaro in Tanzania are facing similar problems. Where farming and herding have disappeared due to climate change, rainy seasons are shorter than before and there has been a 35% decline in total rainfall over the last two decades, some women turn to survival sex work because they lack other options. 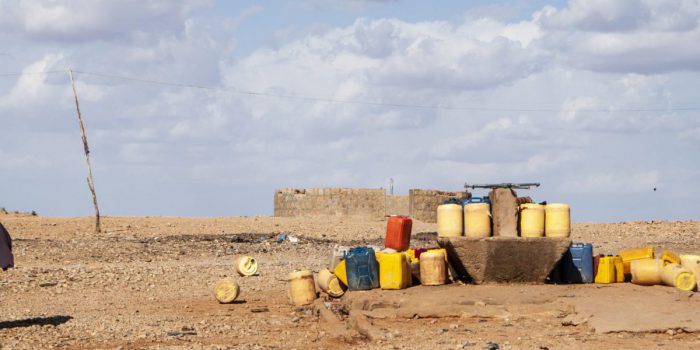 Climate change is not gender neutral, even though women are frequently responsible for securing safe water, food and energy for cooking and heating. Consequently, women walk long distances to fetch drinking, cooking, and washing water, which is physically exhausting and can take up to 20 hours or more a week to locate safe water. With minimal access to information, and limited mobility outside their homes, women are 14 times more likely than men to die during natural disasters. They suffer disproportionally from the impacts of climate change. Though they have a close connection to the environment, they have few ownership rights, and are relatively scant titled landholders.

Environmental protection, and consequently sustainable development, require that both women and men be actively involved, including through daily activities aimed at preserving natural resources and through participation in local and high-level environmental decision-making.

Moreover, as emphasized in the 1995 Beijing Platform for Action, the involvement of women in environmental decision-making at all levels is a key step in ensuring that women’s issues and gender perspectives on the environment are included in policymaking from the local to national and global levels. The Sustainable Development Goal (SDG)5 focuses on gender equality, and empowering women. Promoting gender equality thus not only promotes the achievement of SDG 5 but is highly relevant for strengthening climate resilience.

This news was first published by JRS East Africa.