South Sudan: how education is transforming the lives of displaced girls and women

Newstalk journalist Susan Cahill saw how education is transforming the lives of girls and women in Maban’s refugee camps.

Nothing can prepare you for what you will see and experience on the refugee camps of Maban in South Sudan’s Upper Nile state.

There is just dust, a scattering of trees and blazing sun.

Maban is in the north-east of South Sudan and is one of the most isolated and marginalised regions in the world. This dusty expanse is home to over 160,000 refugees living across four UNHCR refugee camps, Doro, Batil, Kaya and Gendrassa. Women and children making up most of the refugee population.

When Gizma, a 45-year-old mother of 3 children arrived in Maban she had left her whole life behind, her family, her friends and everyone she knew. “We came to South Sudan because South Sudan is safe – there is no war here.”

“I walked with my mother, my husband and children for over 3 months. It was very difficult,” she said.

“I am one of the lucky ones,” she added.

Doro Camp was the first refugee camp to open in Maban County in 2011 and it is the most overcrowded. According to the UNHCR most of the population “are highly reliant on food aid.”

My first impressions of Doro was dominated by the vast expanse of the camp, it took over two hours to walk across and the enormous scale of the humanitarian needs. All you can see for miles and miles are sprawling bamboo shacks and mud huts and hundreds of children playing amongst dirt and sand.

Most of the refugees on Doro come from the Uduk and the Ingessana tribes from the Blue Nile region of Sudan. In Doro Camp, there are only 7 schools for a population of over 50,000 people. 60 percent of its adult population are unemployed.

“In Sudan our daily life was very good. In Sudan you could wake up every morning and feel free because it’s your country,” says Basamat, a bright and chatty Blue Nile refugee.

“When you are in your country you feel comfortable,” she said.

Basamat fled Sudan in 2011 with her mother and five sisters. She walked for several months before she reached Maban.

She said “My father does not like girls – he said you girls are useless, I need a boy, I said father don’t worry I will do what boys do, he tells me no. So, I told my mother, don’t worry, I will get educated and do what boys are doing in the future.”

This month, Basamat is graduating with a Certificate in Education with the support of JRS in Maban.

“The JRS has given us great hope and I am thankful to JRS and to all the donors who support them.”

The Humanitarian Crisis in South Sudan

South Sudan is the world’s youngest nation and is home to Africa’s largest refugee and humanitarian crisis.

The World Food Programme estimates that 7.5 million of South Sudan’s population are in need humanitarian assistance while it is estimated that over 860,000 of children under the age of five are acutely malnourished.

This month the World Food Programme is operating with 75 percent of the funds that it needs to support its operations in South Sudan.

Education and literacy is a major challenge in South Sudan. In Maban this problem is intensified due to the regions remote and isolated location. According to UNHCR half of the population have received no education with more female’s illiterate than males.

Since 2011, the Jesuit Refugee Service has been working in Maban providing much needed humanitarian support and services to host and refugee communities. The idea of accompaniment is central to their work.

I spent a week on Doro, the largest of the refugee camps in Maban where the JRS runs a variety of humanitarian programmes – a day care centre for disabled children, a counselling and psychosocial support clinic for women and youths and a range of home visit programmes for the disabled and the elderly.

In addition, the JRS operates an impressive education centre close to the town of Bunj, providing training for refugee teachers. This centre is providing a glimmer of hope for the future generations.

“When you educate a girl, you educate a family and an entire country,” says Flora a 49-year-old mother from the Equatoria region of South Sudan.

Before the war Flora had a good job and was sending her daughters to a private school. Flora’s parents and siblings lived close by. But like thousands of other South Sudanese the conflict turned her life upside down. In 2014, Flora fled her village on the outskirts of Yei. Today Flora teaches English skills to refugee women.

Flora tells me the women of South Sudan have only one choice – “to look forward, not back.”

“I am a strong lady and I do not bury myself in my challenges because this is our country and it is us – the people of South Sudan who will improve our country in the future,” she said.

“It’s not possible for me to return home,” she added. Flora’s story is not unusual. 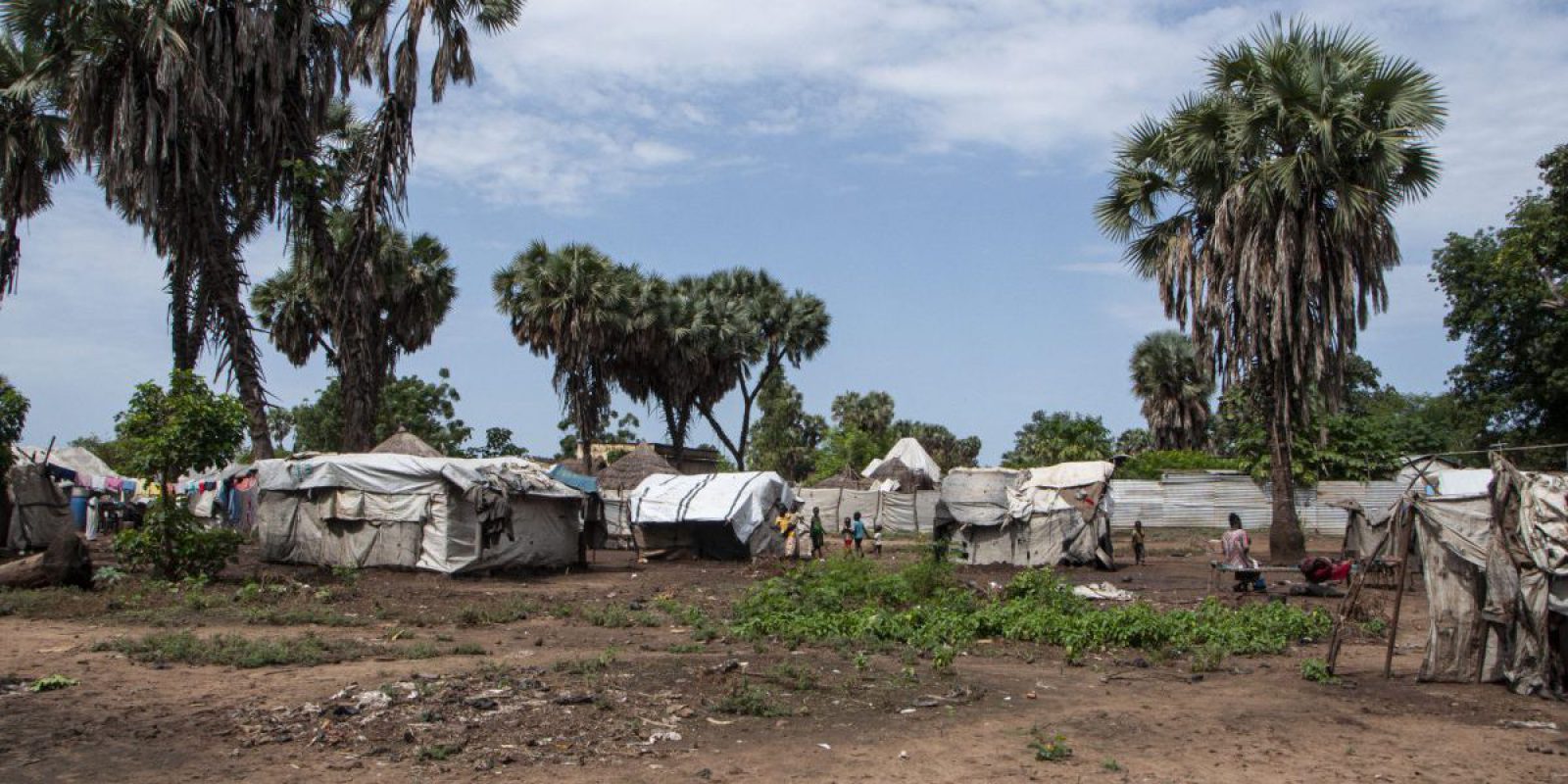 “Far from home: How long more?” A photo essay on protracted displacement

resource
Planting seeds for the future: livelihoods opportunities for IDPs in Cameroon 18 Jul 2022