Yasmine*, 31-year-old, is a refugee mother originally from Syria and attended some courses at the JRS social centre in Bar Elias. Like so many women in this region of the world, her life has been upended by the conflicts of the last few years. She fled to Lebanon in 2015 under very hard conditions. Of all the trials of the last few years, though, Yasmine unhesitatingly says that the most difficult has involved “being forcibly separated from my children and left alone in 2017.”

Striving to get her children back

When Yasmine first arrived alone with her three children to Lebanon in 2015, she lived with her parents in Bar Elias who supported her financially. Yet, this situation did not last too long as she decided to work and provide for her children by herself. She started selling handmade wool clothes (a skill she acquired in Syria), and worked in a beauty salon, a profession she loves and enjoys.

Months later, her ex-husband joined them, and Yasmine moved to another house with him. Problems surfaced in their relationship, and she asked him for a divorce in 2017. Yet, it was not a decision without sacrifice. “During the divorce process, my divorcee gave me two options. Either to keep the children with him and he will support them financially or the opposite choice. Of course, I chose to keep them with me and take the full responsibility,” explains Yasmine.

When Yasmine registered her divorce in Lebanon, the court granted her custody of the children. Unexpectedly, however, her former husband took their children and disappeared without a trace. Yasmine had to decide, should she leave her children to their fate, or should she search for them, with all the risks that would entail?

Yasmine chose to search. For ten months, she pursued any clue about their whereabouts with an intensity that could match any private investigator. She doggedly asked relatives, acquaintances, and friends until one day, she received some information about their possible location in Syria. She crossed the border and, using Google Maps, made her way to the site. Her determination was met with success, and she and her kids experienced a reunion that was simultaneously joyful and tearful. To make sure that she could take her children back to Lebanon, she went to court in Syria and obtained guardianship there as well.

Now being a single mother, Yasmine became fully aware of the huge responsibility of caring for three children by herself. She therefore wanted to develop her skills and look for better work opportunities. She looked for some courses in the area, and was referred to our social centre in Bar Elias in 2019. Yasmine says, “I attended the hairstyle and makeup courses and finished the two levels. Each level lasted for three months.” The tutor at the centre praised Yasmine’s work, especially as she was quick to apply what she learned.

In early 2020, Yasmine took her experience in makeup and hairdressing into another level. She started her own beauty salon at her house and shared all the information with her friends through WhatsApp. Getting people to trust her was not easy. “I faced lots of challenges at the beginning, the clients used to doubt my work and experience. However, with time they noticed that I am good at what I do and they were always happy with the result at the end,” describes Yasmine excitedly.

Sometime after, Yasmine launched an online clothing shop. She shares photos of the items with the clients, and then delivers the orders to their place. She has had a lot of personal growth from this venture and her experience at the social centre. As she says, “My initiative requires lots of social interaction. Thanks to the social centre, I gained self-confidence and dared to socialize with others. Before, I was a very introverted and shy person.”

In 2021, Yasmine is proud of herself. Overcoming the challenges that life has brought, she has been able to develop herself as a person and provide for her family. She is a refugee, a single mother, and a hard-working woman who persisted against all the odds to keep her children with her. “It is a big responsibility to raise my children alone. But when I see the smiles on their faces at the end of the day, I forget all the weariness and struggles,” concluded Yasmine.

Yasmine* is a fictitious name used in order to maintain confidentiality.

It is a big responsibility to raise my children alone. But when I see the smiles on their faces at the end of the day, I forget all the weariness and struggles.
Yasmine, refugee mother from Syria 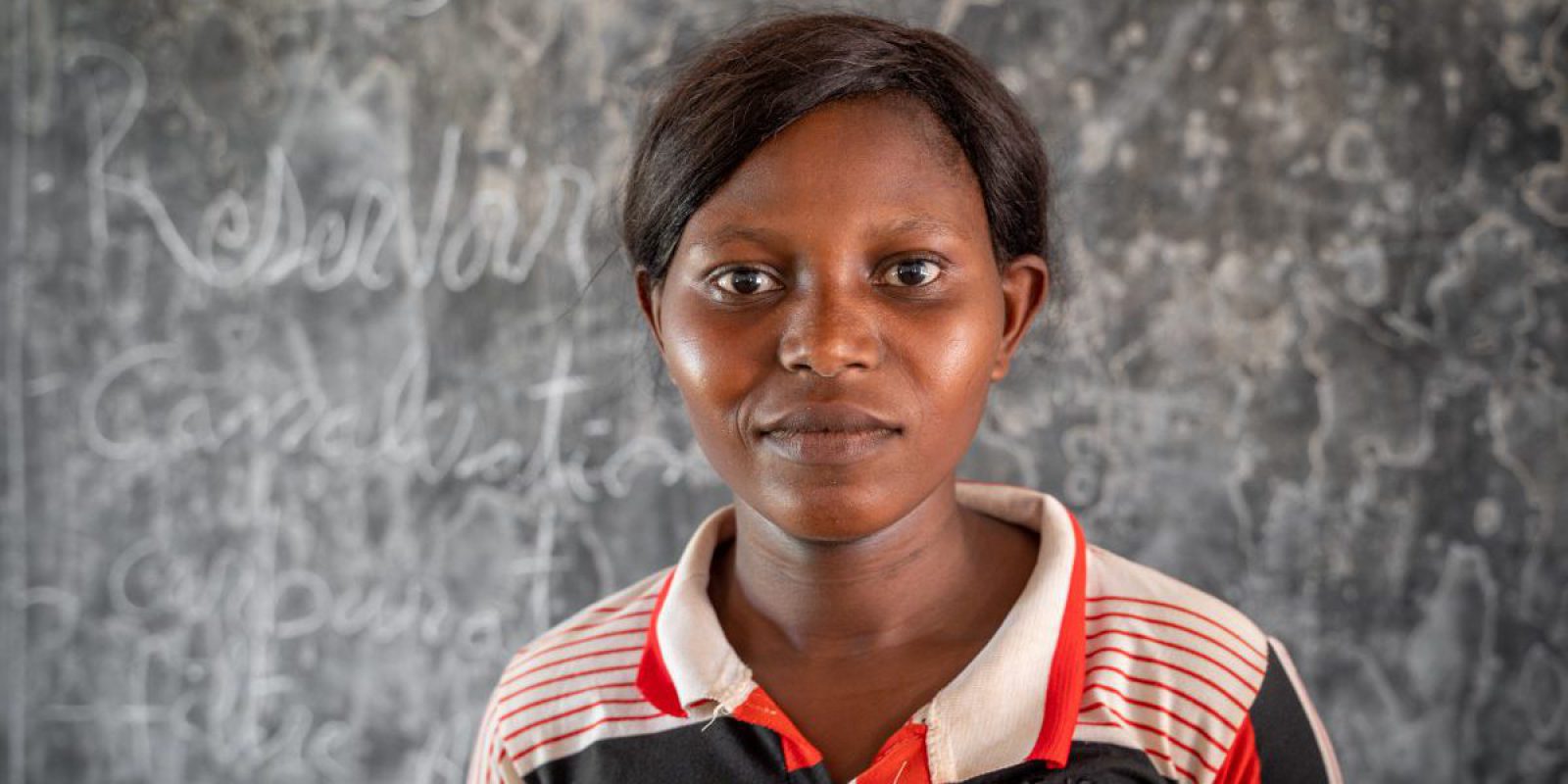 Jolivia, a young woman dreaming to be a mechanic in Central African Republic