Duhok – Last August marked the fourth anniversary of the Yazidi genocide, and while many countries have spoken out condemning the actions of the Islamic State that led to the death of thousands, very little is being done to aid those still reeling from the aftermath of this massacre. Iraq is often overlooked as the international community focuses on more recent crises in Syria, but some consider the genocide to be ongoing, as there are still thousands in captivity whose fates are unknown. The situation is far from stable, and there is a pressing need to support more than 300,000 Yazidi genocide survivors displaced by the violence who are still in the Kurdistan Region of Iraq. More than 1,100 Yazidis who had been abducted remain unaccounted for.

While the Sinjar district in Ninewa in northern Iraq that was home to a large Yazidi population has technically been reclaimed, there is still mass devastation and many towns and villages have been completely destroyed. Most of those who were forced to leave currently have no plans to return to their homes, due to the lack of basic services such as water and electricity, inadequate healthcare and education, few job opportunities, and the contamination of the countryside and towns by improvised explosive devices that still carry risk of detonation. Some are staying away in fear, convinced the attacks and killings could begin again. There is a palpable lack of hope in the region, and many are abandoning their home country for safety and better prospects abroad, where some family members have had a chance to settle and establish new lives.

This situation not only affects those displaced within the country, but also the non-governmental organisations attempting to assist the refugees and asylum seekers in the area. Many NGO’s serving the internally displaced Iraqis are based in Erbil or Duhok, but are facing challenges aiding the Iraqi people. There are logistic barriers, such as the ban on international flights to and from Erbil International Airport for almost six months, leaving aid workers stranded in and out of the country. Humanitarian organisations also struggle to obtain the legal recognition required by the central government. NGOs face endless challenges attempting access to the parts of the country where needs are greatest. There are also psychological obstacles that must be addressed, as the Yazidis of Sinjar are not only internally displaced people, but also genocide survivors. Special considerations must be made to address the long term psychological and emotional effects of mass murder, enslavement, and forced conversion.

The Yazidi people have been victims of religious persecution for more than 300 years, most recently by the Islamic State of Iraq and the Levant, or ISIL. The Yazidi are monotheists who practice an ancient, gnostic faith that has been condemned by some followers of Islam in the region. In August of 2014, ISIL militants captured the town of Sinjar, in northern Iraq, which was a known Yazidi inhabited area. Hundreds of thousands of Yazidi people were forced to abandon their homes, fleeing to the Sinjar Mountains. They were trapped and surrounded by the militants, facing starvation and dehydration, and forced to choose between conversion to Islam or death.

Women have been disproportionately affected by the genocide, with most males being executed or forced into child soldiers. Survivors have told stories of being repeatedly sold, passed between ISIL soldiers, only to escape and discover their entire family has been executed. Fr Joseph Cassar SJ, the JRS Country Director for Iraq, recounted the story of a brave, young Yazidi woman, known to JRS, who had been kidnapped by ISIS with her two young children, carried away into Syria, and had been bought and sold over 100 times before she was ransomed. Among genocide survivors, the personal and collective trauma, lack of prospects, and waning hope for a way out has led to a sharp increase in suicides, PTSD, conduct disorders, and acute depression. Even after escaping, many women struggle to accept life as a survivor of horrifying violence.

JRS in the region

Following the JRS model of accompaniment, many efforts are made to understand and assist the women as they reconstruct their lives. Through JRS programmes such as the Women’s Support Programme, communities of acceptance and friendship are slowly being rebuilt. The presence of religious leaders encouraging reconciliation and attempting to aid their plight shows the survivors not only that they are still valued by the global community, but that their stories are important as well. The women have embraced the shared frustrations and challenges of forced relocation, sharing valuable skills and stories. JRS facilitates these discussions and offers special courses meant to address the increased strain genocide puts on these displaced people. 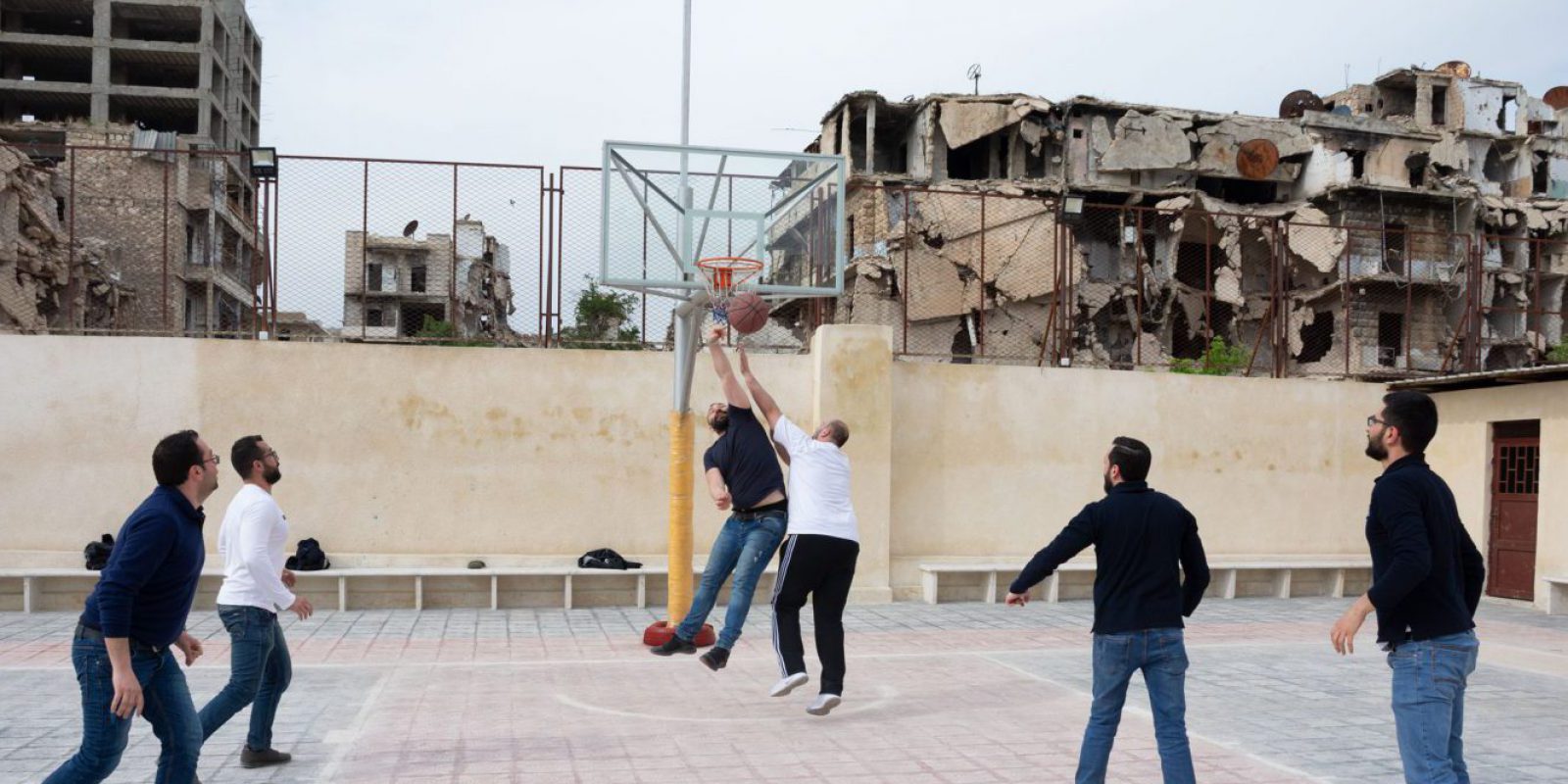 Syria, nine years of conflict: “Life under war is inhuman”