Bambari – Since September 2016, the Central African Republic has been experiencing a new deterioration of its security situation: violent clashes among armed groups are frequent and intercommunal violence has been fanned by so-called self-defence groups, who have perpetrated numerous abuses against civilians. Between September 2016 and February 2017, more than 100,000 new internal displaced persons have been forced to flee their homes in these regions.

I am 14. My dream is to complete my education and train to become a judge.  Being a judge will enable me to see that injustice does not prevail and that people respect the law. If people are guilty they should be punished.

I have lived through the war. Our house, along with those of our neighbours, was burned to the ground by the Seleka. But I have been lucky – none of my family has been killed during these troubles. But I still cannot bring myself to talk about the atrocities that I have seen, and about all the bodies lying on the ground. It’s very difficult because every time the memories come back I feel sick.

I like school because I think it will give me knowledge and understanding and will help me to get a job later which will enable me to have a more secure future. However, here nothing will be possible without a lasting peace, and therefore I am really afraid that I shall not be able to realise my dream.  I would also like my Muslim Peul friends to be able to come to school. I would like us all to grow up together. I am currently in the first year of secondary education. I am really happy to be able to take part in the activities organised by the Jesuit Refugee Service in their group “Fleur de l’Est”.  We have informal discussions, a bit of theatre and take part in some sporting activities. I really like volleyball.
I also like school and am really ready to work hard to succeed. If I am lucky enough to stay in school a long time, I should be able to avoid being married too early like some of my friends. And also good schooling may help me to become a midwife. I am 15. I am from the Central African Republic, and life here is really difficult. We live under tarpaulins and, when it rains, water is everywhere and our clothes are all damp. I really would like to be in a real house.  My dream is to study medicine after the Baccalaureat and become a doctor. I know that an education will open up numerous opportunities, and will enable me to develop my talents and teach me to respect others. If I met Pope Francis today, I would ask him to pray for the Muslims and Christians here in Bambari so that love and friendship could flourish between the two communities.  My thanks go to the Jesuit Refugee Service, and I would ask that their superior helps to bring us all together to be able to live in peace and harmony. I am 16 and am in secondary education. I take part in the activities organised by the Jesuit Refugee Service in their group “Etoile de l’Est”. I remember the day when the Seleka killed my elder brother.  Men simply entered the house and shot him. He was just 31 and married. The rest of us fled, and our house was burnt to the ground. If I met Pope Francis today, I would tell him how life here is really difficult. Some days we go to school, but others it’s impossible because of the war. I would ask the Pope to pray for stability in my country because I really want to finish my schooling, but this will be impossible without a lasting peace. When I have finished at school, I would like to pursue an apprenticeship to become a driver-mechanic. I am 19 and in the second year of secondary education. When war broke out in 2014, I took shelter with my grandfather in the cathedral along with many other people. Unfortunately, when the cathedral was attacked, my grandfather was killed. He was everything for me and the memory of that day is hard to endure. It was he who raised me up and we lived together for a long time. Since 2014, I now live alone. The anti-balaka people have been to see me several times suggesting I join their militia and take up arms. But I do not want to do this – I would like to study and become a biologist. I shall be eternally grateful to the Jesuit Refugee Service who have paid for my schooling and who organise recreational and educational activities, reading, etc. here at school. I would really like the Jesuit Refugee Service and others who wish to help to support me in trying go further with my studies. 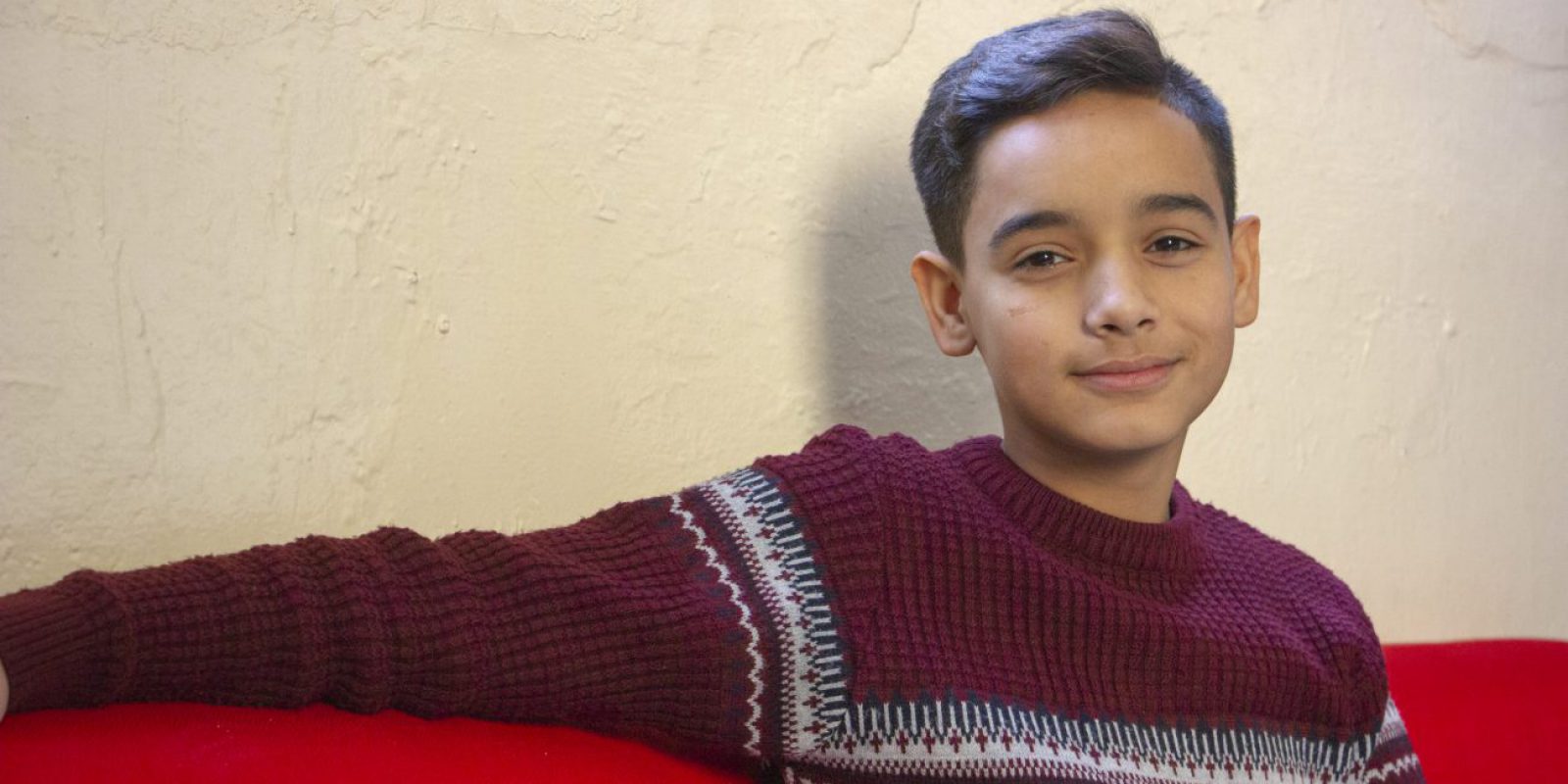