Five years after the genocide, Yazidis share their forgotten stories and demand justice

Rome – Five years after Islamic State (ISIS) militants launched a genocide against the Yazidi community in Sinjar, northern Iraq, hundreds of thousands of Yazidis are still displaced and living in harsh conditions. The Jesuit Refugee Service (JRS) calls on the international community to guarantee the security of the Yazidi people, and to provide support for reconstruction, inclusion, and sustainability in Sinjar. Local authorities are urged to implement dignified medium-term solutions for those with no immediate prospect of voluntary return.

The ISIS attacks that began on 3 August 2014 resulted in thousands being killed: the United Nations estimates that 5,000 Yazidi men died in the massacre. Yazidi men who refused to convert to Islam were executed and dumped in mass graves; many boys were forced to become child soldiers. An estimated 7,000 Yazidi women and girls, some as young as nine, were enslaved and forcibly transferred to locations in Iraq and eastern Syria. Held in sexual slavery, survivors reported being repeatedly sold, gifted, or passed around among ISIS fighters.

These atrocities were recognised as genocide by the United Nations in 2016. So many Yazidis went missing that the enslavement of women did not immediately come to international attention. More than 3,000 women are missing to this day.

Kurdish and Yazidi fighters regained control of Sinjar in November 2015, but the security situation remains unstable. Landmines and booby traps litter the area, hindering the already difficult task of reconstruction. There is no reliable water or electricity supply; outside major towns, there are no schools and no hospitals. Work opportunities are minimal. Only a quarter of the original Yazidi inhabitants of Sinjar have tried to return to their ruined villages. Some seventy mass graves are still open and unprotected.

300,000 Yazidis currently live in displacement camps or informal settlements scattered across Iraq’s northern Kurdistan region, particularly in Duhok governorate. They are exposed to extreme weather conditions, and the challenges of inadequate water and sanitation infrastructure continue to persist.

The poor living conditions, lack of stability in the region, and a constant sense of fear and insecurity are making physical and emotional recovery more difficult for the genocide survivors. Waning prospects for a way out have led to a sharp increase in suicides, PTSD, behaviour disorders, and acute depression. There is a high incidence of suicidal ideation among Yazidis in the 15-25 age group. Young people are losing hope for their future.

“Where are our men, woman, children, and girls? We know that they are still in the camps in Syria, but they are too scared to say they are Yazidis,” says Layla, who endured two years in captivity in Raqqa, Syria, before her brother was able to ransom her from ISIS. “My family is still missing. Life is very difficult, and our houses are bombed out. We want to trust again, and we want protection.”

Where are our men, woman, children, and girls? We know that they are still in the camps in Syria, but they are too scared to say they are Yazidis.
Layla, Yazidi Genocide Survivor

Most Yazidis feel that they have been forgotten. To mark the fifth anniversary of the genocide, JRS is sharing the stories of the survivors so that their voices may be heard. In the #DoNotForgetUs campaign, we hear of what was done to the Yazidi people through the stories of Layla, Najah, Bahar, and others, and we learn of their fears and hopes for the future.

JRS has been serving displaced Yazidis in northern Iraq since October 2014. JRS staff make home visits and provide material assistance to the most vulnerable families. JRS also runs learning centres that provide structured educational programmes for children and young people, as well as adult education and skills training. JRS has made extensive efforts to provide professional mental health and psychosocial support to survivors of the genocide so they can rediscover hope. We ask the world to join us in standing with the Yazidi people. Do not forget them. 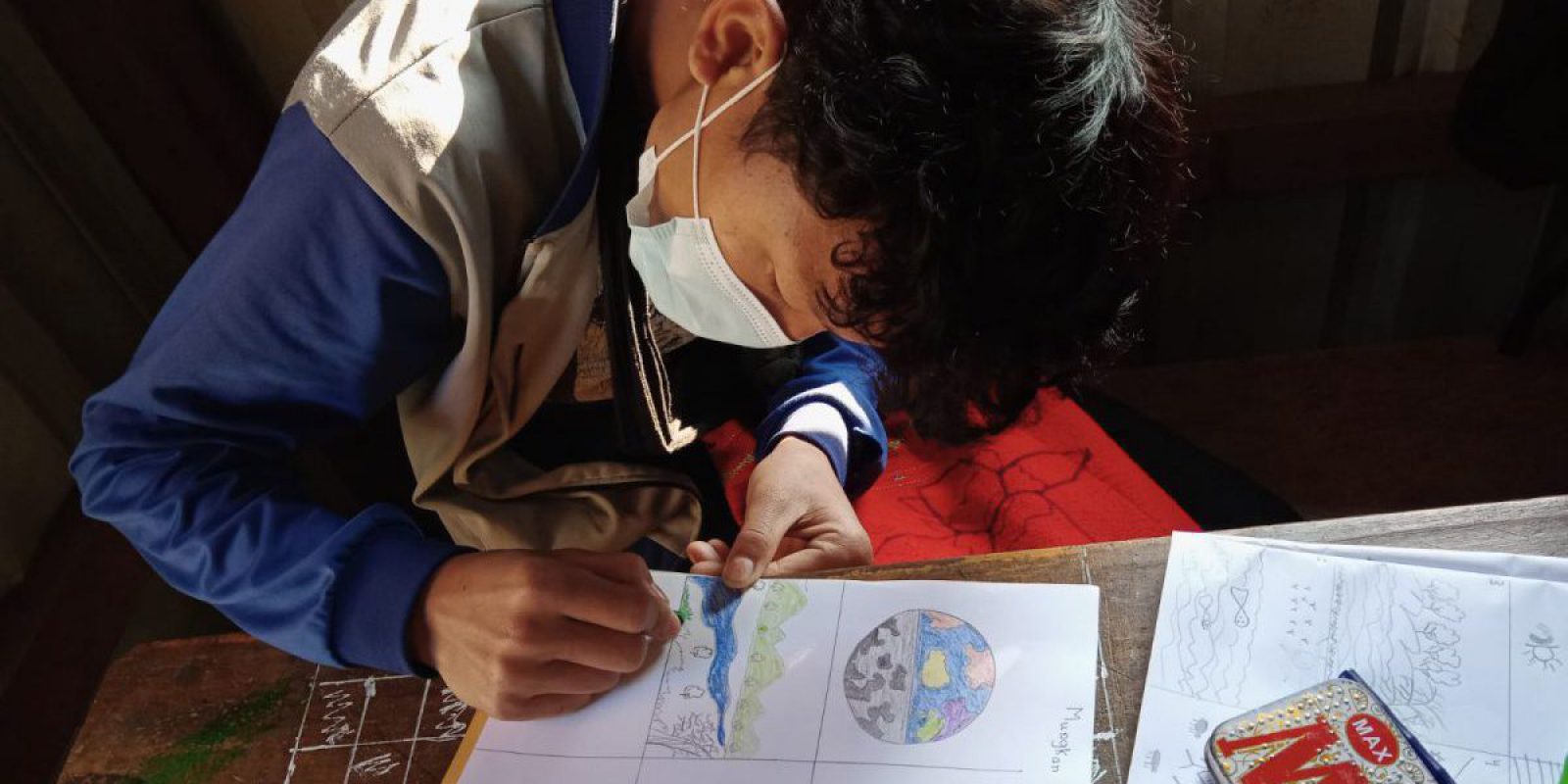 
Meeting Pope Francis to advocate for the most vulnerable: Nyota’s story January 31, 2023

story
Pope Francis’ papal visit to the Democratic Republic of the Congo and South Sudan: a message for peace January 30, 2023