Marking the 38th anniversary of the founding of JRS

Rome – Today we mark the 38th anniversary of the founding of the Jesuit Refugee Service (JRS) by Fr Pedro Arrupe SJ. Today is also the 111th anniversary of the birth of Fr Arrupe himself.  The founding of JRS was a grace of Fr Arrupe’s deep prayer, reminding the Society of Jesus and the world that love is better shown in deeds rather than in words, especially to those most in need and most forgotten.

During a liturgy in Rome today with JRS international office staff and friends, the Superior General of the Society of Jesus, Fr Arturo Sosa SJ, officially proclaimed the beginning of the beatification process for Fr Arrupe as described in the following letter which he sent today to the whole Society of Jesus.

Cause of beatification of Father Pedro Arrupe

TO THE WHOLE SOCIETY

I have the joy of communicating to the entire religious and apostolic body of the Society of Jesus that the process toward possible beatification of Father Pedro Arrupe, the 28th Superior General of the Society of Jesus, has officially begun. From now on, therefore, he is considered a “Servant of God”. The cause has been set in motion in the Vicariate of Rome, the place of his death. After prayer and careful consideration, the Society has requested the initiation of this ecclesial discernment about the heroic virtues of Father Arrupe.

During the last few months, as I have informed people about this intention during my travels to many places, I have been able to see for myself how alive the memory and legacy of Father Arrupe are. Eloquent and even moving postulatory letters received from all over the world confirm that his reputation for holiness is recognized in different sectors of the Church. This reputation of holiness is spontaneous, continuous, and enduring.

Jesuits and non-Jesuits everywhere have witnessed Father Arrupe’s exceptional qualities: his desire to fulfil in everything the will of God the Father, his rootedness in Jesus Christ, his trust in the Holy Spirit as the guide of the Church, his unfailing loyalty to the Holy Father, the “Vicar of Christ on earth”, his missionary disposition, his personal fidelity to our way of proceeding, his sensitivity to dramatic social situations, and his love for and closeness to the poor. Father Pedro Arrupe showed himself to be an extraordinary, passionate “man of God and man of the Church”.

Looking back on the 111 years since his birth, we recognize as a great contribution to the Society and to Ignatian spirituality his encouragement of the rediscovery of the Spiritual Exercises, other essential texts of St. Ignatius, and the method of personal discernment and discernment in common. We remember how Father Arrupe asked the Trinity — in whom the Ignatian charism is rooted — “to understand what the manifestation made to Ignatius means for us and for the Society today”. This way of proceeding paved the way for the renewal of life of the Jesuits, their consecration and vows, community and mission. In general, he provided the means for the Society, the Church and society at large to be nourished by the richness of the Ignatian tradition.

Something similar happened with consecrated life, the priesthood, and the laity, with whom Father Arrupe maintained a permanent relationship. His enthusiastic, free, wise and faithful presence in the tumultuous Church of the Council, on which the Spirit had shed its light, expressed the desire to integrate the best values of the tradition with those necessary for the adaptation of Christianity to the new times. The Servant of God was elected Superior General in 1965 and was still able to participate in the last session of the Second Vatican Ecumenical Council. The 18 years he spent as head of the Society – and his 17 years as President of the Union of Superiors General – coincided with the implementation of the Council. In the decades following the Council, he applied it with “creative fidelity”, so much so, that Father Peter-Hans Kolvenbach in 2007 described him as a “prophet of the Conciliar renewal”. Referring in 2011 to this period, Father Adolfo Nicolás recalled Father Arrupe’s insistence that “the spirit of St. Ignatius guide and direct us at this important time in the life of the Church”, a Church that he always wanted to serve unconditionally.

Father Arrupe, convinced of the richness of cultural diversity, encouraged inculturation in his missionary service of transmitting the Good News. He responded to the call of refugees. He led the Society – as a requirement of the service of faith – to struggle against all injustice and unbelief. He invited our students to be “men and women for others”. He promoted reconciliation, ecumenism and inter-religious dialogue….At the same time, at the individual level, he treated each person with great respect, listening and trusting each one as a bearer of unique gifts of the Spirit for the Body. This attitude was another facet of his trust in the Lord, which was facilitated by the poverty and simplicity of his daily life. Until the end, he communicated a great goodness, which matured even more through his illness, when he knew that he was totally in the hands of God.

We are in the first stages of the cause. Once the nihil obstat of the Holy See and the consent of the bishops closest to Rome in the Italian Episcopal Conference have been received, and the absence of obstacles among the People of God has been assured, on 5 February 2019, the 28th anniversary of his death, the session formally opening the cause will take place at the Basilica of Saint John Lateran. Then, the various persons in charge of the diocesan process will begin their work by recording the testimony of more than one hundred witnesses, mainly from Spain, Japan and Italy. In fact, in recent months, two commissions have already begun their labour, reviewing all his published works and many unpublished documents written by or about Father Arrupe and the socio-ecclesial context in which he lived.

One sign of the memory, devotion, and living influence of Father Arrupe among us is the number of communities, houses, apostolic works and programs that bear his name. The Postulator General of the Society in Rome (postulazione@sjcuria.org) will collect all this data, along with any other information about his life and holiness, and the graces and favours received through his intercession. You are welcome to send to the Postulator General any relevant information about the life, death or the period after the death of Father Arrupe. A new website about Father Arrupe has just been developed and can be found at https://arrupe.jesuitgeneral.org/en/.

I am convinced that the person of Father Pedro Arrupe, in this time of grace as we move toward a desired beatification, will inspire in Jesuits and in those with whom we partner in mission a greater desire of union and spiritual renewal, impelling us to greater collaboration in the reconciliation of all things in Christ, guiding us, “under the Roman Pontiff”, wherever the Spirit leads.

May Our Lady of the Way continue to accompany us on this path of prayer and discernment so that by her hand we may be close to the Lord Jesus and grow as his disciples. 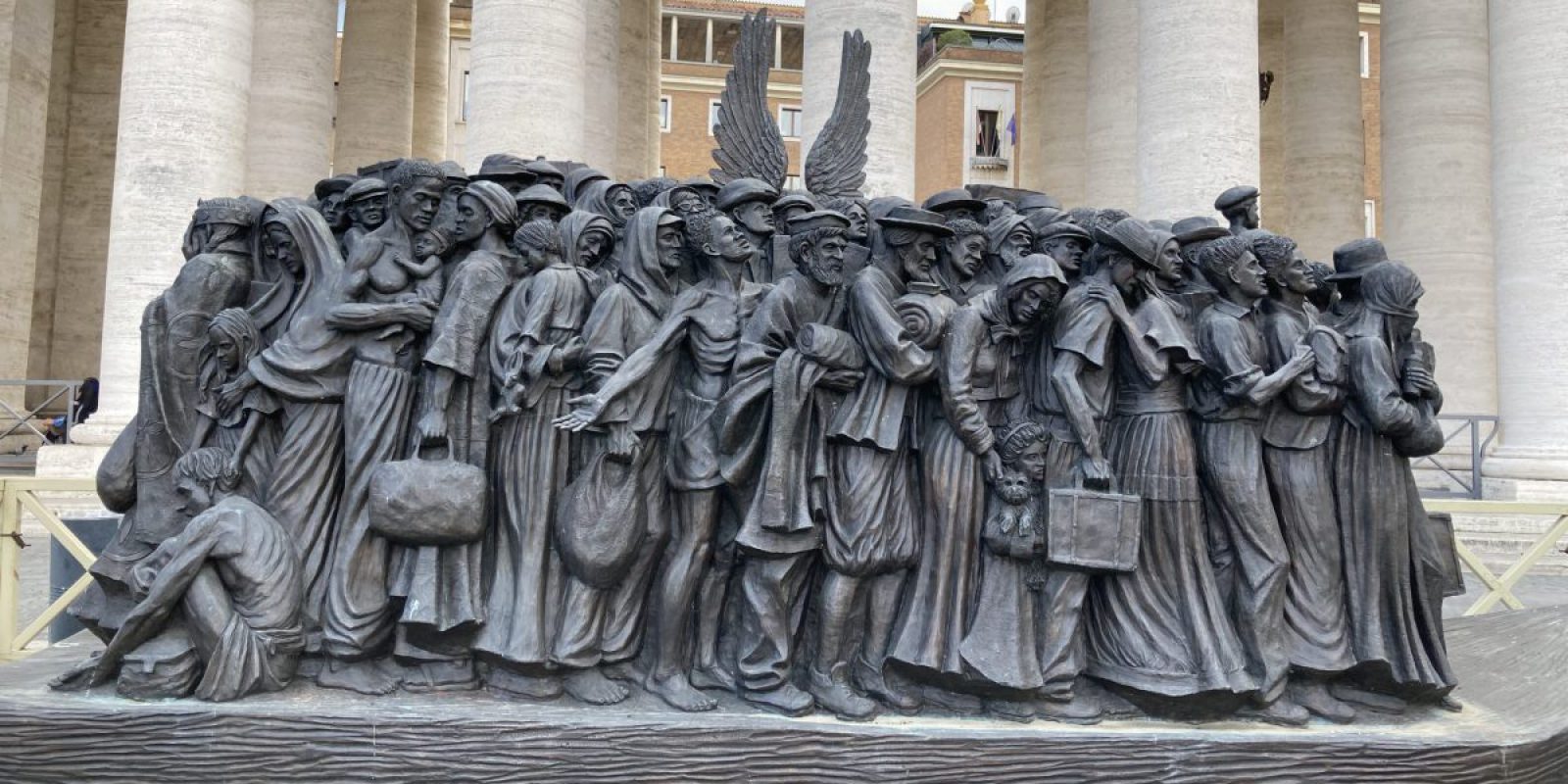 resource
Jesuit Refugee Service calls for courage and solidarity in recognition of the World Day of Migrants and Refugees September 25, 2020