Bangkok – Imagine the sound of children playing and shouting in a school playground; the bell ringing when class is about to begin. For many asylum seekers and refugees in Bangkok, it has been a long time since they have heard these sounds. Some have never heard them.

In urban areas like Bangkok, access to education is a serious issue for asylum seekers and refugee children and young adults. Thailand is not a signatory to the 1951 Refugee Convention. Its policies do not distinguish between the asylum seeking/refugee population and other undocumented migrants. Refugees and asylum seekers in Thailand are considered illegal residents. Parents fear arrest if they escort their child to school. As a result, education is inaccessible for many children and young adults.

Moreover, not all asylum seeker and refugee children can access to Thailand’s education due to the language barriers and lack of resources. Indeed, children aged 15 – 17 still seem to fall through the cracks as they find themselves unable to integrate into Thai public schools, where they are often placed in the lower grade levels due to their low levels of Thai language proficiency.

As a result, they tend to be excluded from education during their formative years in Bangkok. This raises concerns about their protection and psychosocial well-being. Making matters worse, is the fact that there is no support for their formal and non-formal education when they become adults.

The Jesuit Refugee Service (JRS) believes that education is a life-saving intervention for children and young adults who are forcibly displaced from their homes. JRS is on the ground organizing educational activities to heal trauma, promote human dignity, and build skills.

JRS has always placed an emphasis on ensuring that the most vulnerable have access to an education, regardless of their circumstances. That is why JRS Thailand launched the Urban Education Project for Refugees in January 2017. Its main focus is to assist those who are excluded from existing educational services in Thailand.

The project provides skill training, including language and vocational courses. These are offered to youth, with a special focus on unaccompanied minors who depend upon themselves for daily survival. The JRS recognizes that they are particularly vulnerable.

A young woman named Fatima*, who was interviewed for this article, is typical of many students in the Project. She has been a refugee in Bangkok for many years. With the support of the JRS, Fatima is learning English, Thai and sewing.

My favorite class is English. English is very helpful to communicate with people. It’s the second year that I’m learning English. I would like to continue studying it after the end of the program.
Fatima, JRS student

Fatima is motivated to learn languages. Speaking Thai provides a bridge to integration into Thai society.  Knowing Thai is a way to create a relationship and to get to know the local community in a friendly way. Fatima is also eager to learn English as she is awaiting relocation to a third country.

In addition to language study, she is enrolled in a sewing class. It is one of the vocational training classes offered by the Project along with computers, hairdressing and beauty salon training.

“I like the sewing class. I have to be very precise with the measurements. I already made a veil, a skirt and a top. If I had my own machine, I could use my skills to earn money.”

We also met with Ms Sita, the English teacher of the UEP. She shared with us her views on teaching.

“I like teaching in this project. Teaching here has given me the opportunity to meet with people from different nationalities who have diverse cultures and backgrounds. Before working for this project, I did not know much about the refugees, or the reasons why they came here. Now that I have met them, I know how curious they are and how eager to learn more. I want to support them in their life through teaching English. I want to help them, in the way that I can.”

Today, more than 75 million children and young people have their education disrupted by emergencies and prolonged crises. With access to a quality education, individuals like Fatima can better fulfill their potential and fully contribute to the growth, strength and stability of the world.

*Names have been changed to protect identity 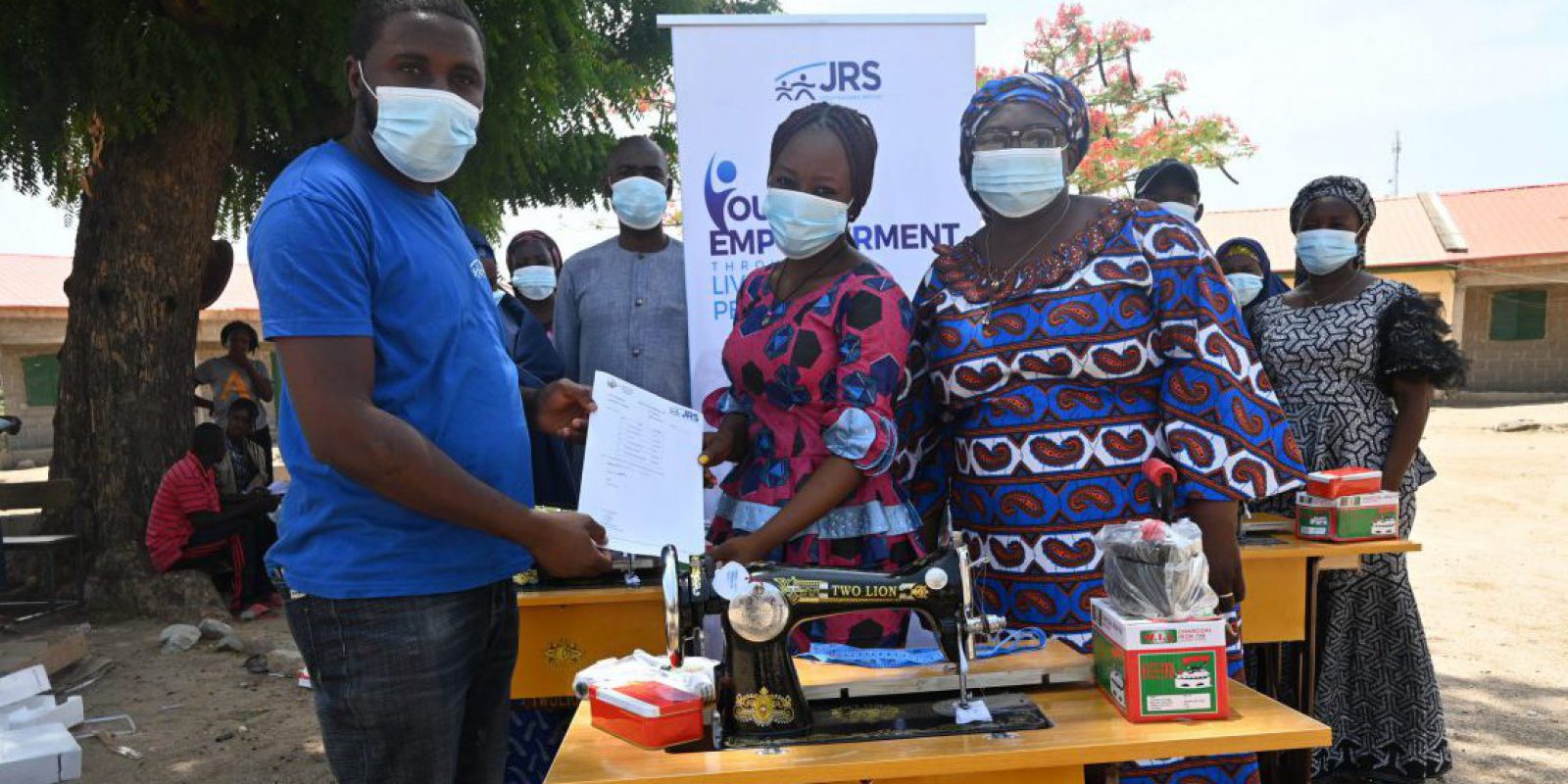 Nigeria: The importance of teachers’ well-being

story
Bangladesh: The Rohingya refugee women who are symbolizing hope during COVID-19 27 Apr 2021