At 41 years old, Wirngo was aspiring to be a legal practitioner when inescapable violence in Cameroon arrived to his town.

The worst elements began one October evening in 2017. He had just been released from Amba detention prison where he had spent about two weeks for the crime of criticizing human rights abuses in his country. Upon his return, he saw that his house had been burnt down by the military and his neighbour killed. Wirngo was told that the soldiers came looking for him and he would have been killed if they had seen him.

He left his house immediately and walked through the night, sleeping in the bush for the next three days until he arrived at the border town of Sabon Gari, northern Nigeria. From there, he called a friend who crossed the border and took him back. He arrived in Gembu Sarduana, Taraba State, that same day.

“This friend of mine had a wife and a child living in a single room. It was a challenge sharing this same room with them. I had very little money so I could only afford one meal per day until things got better” he recalls. “I got a job as a teacher in one of the secondary colleges in the town and with little pay, I got a room for myself and continued to sustain myself. Even with the turn of events, I still faced the problem of legal papers since I didn’t come into Nigeria legally,” Wirngo says.

It was while trying to process his legal documents at the immigration office that he first met officials from JRS Nigeria. “They helped me facilitate my factsheet as a refugee and gave me food and non-food items,” Wirngo recounts.

After being introduced to a Mental Health and Psychosocial Support Service (MHPSS) group that same day, he met several other refugees from Cameroon. They gathered subsequently to share experiences and receive therapy.

Together, the MHPSS group decided to start visiting and assisting each other as refugees in the community and they formed a Village Savings and Loan Association. “In the association we contribute financially to help each other start a business without paying interest,” he says.

“When it got to my turn, I used my money to open a small shop where I sell some food and second-hand clothes. I also employed someone to stay in the shop while I go to the school where I teach,” he adds.

Now on his feet, Wirngo is hoping that peace will return in his country, so he can return and become a legal practitioner. 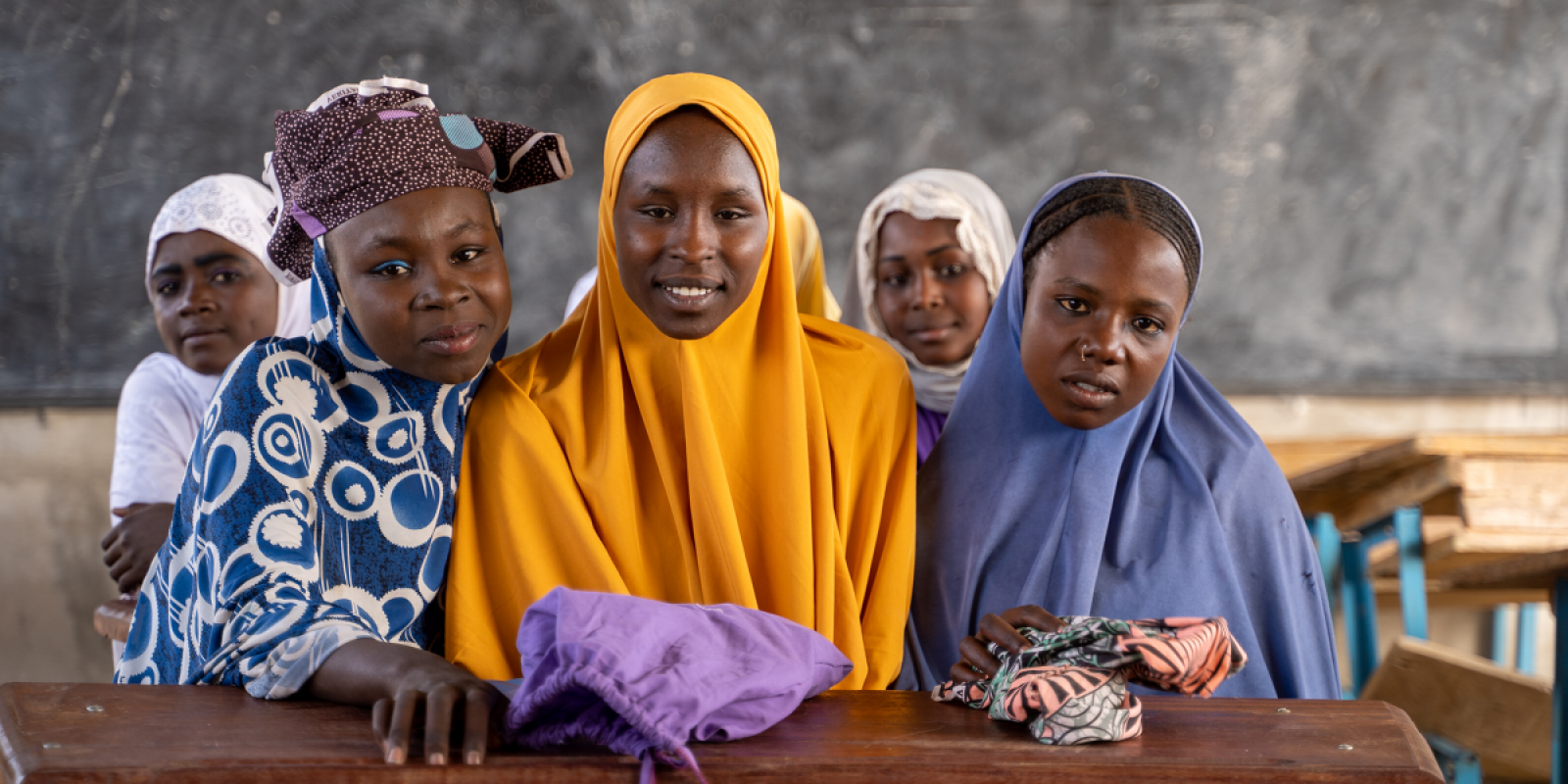