We met Youssef* at Frans van der Lugt centre (FVDL) in Borj Hammoud, Beirut.  At first, he didn’t show all his cards.  Instead, he hid his real character, even after being asked several questions about his hobbies and interests.

After more than a half an hour of trying to understand Youssef’s world, he finally revealed his talent: acting! His initial interactions with us were a part of his performance, he was unfolding the aspects of his character step by step, in order to surprise us with his talent.

“I like acting, and I know how to imitate celebrities. I can be whoever I want through acting. I can change characters, become a small child or an old man, and I can express the way they feel,” explains Youssef excitedly.

Youssef, a 13 year old Syrian refugee, has been in Lebanon for 8 years. Now in the 7th grade in public school, he has been attending FVDL for the past 4 years. Currently, he is attending the youth club, managed by Miss Rachel who is also a social worker, twice a week.

Miss Rachel teaches us how to communicate with others, how to solve problems, and she also gives us acting exercises.
Youssef, JRS student in Lebanon

“Miss Rachel teaches us how to communicate with others, how to solve problems, and she also gives us acting exercises,“ says Youssef.

At the youth club, attendees watch movies, play acting games, and perform theatre shows. “I figured out that I like acting when I joined the youth club. Miss Rachel gives us some acting assignments to do, one of the games is called “play and stop” where one person starts with an idea and the other plays another role, and so on…” describes Youssef.

After we broke the ice with Youssef, he performed a short comedy sketch in which he imitates the Aleppo accent with a genuine sense of humor. Later, he revealed that he has an on- line video presence. “I have 58 subscribers and 4 videos so far. I publish comedy videos, where my sister helps me film and I do the editing using a phone application.” He wants to improve his skills in acting and editing. He would like to become a content creator.

“Youssef has been in the youth club for three years. I watched him growing up. I can tell that he has a charming personality, he is funny, and polite. He thinks about many things in a deep way: he analyzes, pays attention to details, and he is aware of what is happening around him and his reaction [to it],” explains Miss Rachel.

Youssef’s English has improved a great deal in the three years he has been attending the learning support programme. During our visit, we heard him speaking flawlessly with some foreigners whom he met on the playground. “I picked up the language easily from some foreigner volunteers who used to teach at the centre. I used to focus on how they pronounce the words. Interacting with the foreigners here helped me a great deal to learn English, and to express myself in a better way,” says Youssef.

Youssef’s favourite subjects are math and physics because they require analyzing skills, which he likes. “I enjoy solving complicated exercises, and I would like to study architecture in the future,” says Youssef.

Youssif says his behavior has changed a lot thanks to the classes that he attends in the youth club. “My mindset has changed since I joined JRS. I used to be very impulsive, but now I think about the whole situation before reacting.”

Outside of the youth club, Youssef likes to spend time with his Lebanese friends, and he thinks that there is no difference between his nationality and theirs, ”we are all humans and we have equal rights that we are entitled to without any discrimination.”

*Youssef is a fictitious name in order to protect the identity of the student.

We are all humans and we have equal rights that we are entitled to without any discrimination.
Youssef, JRS student in Lebanon 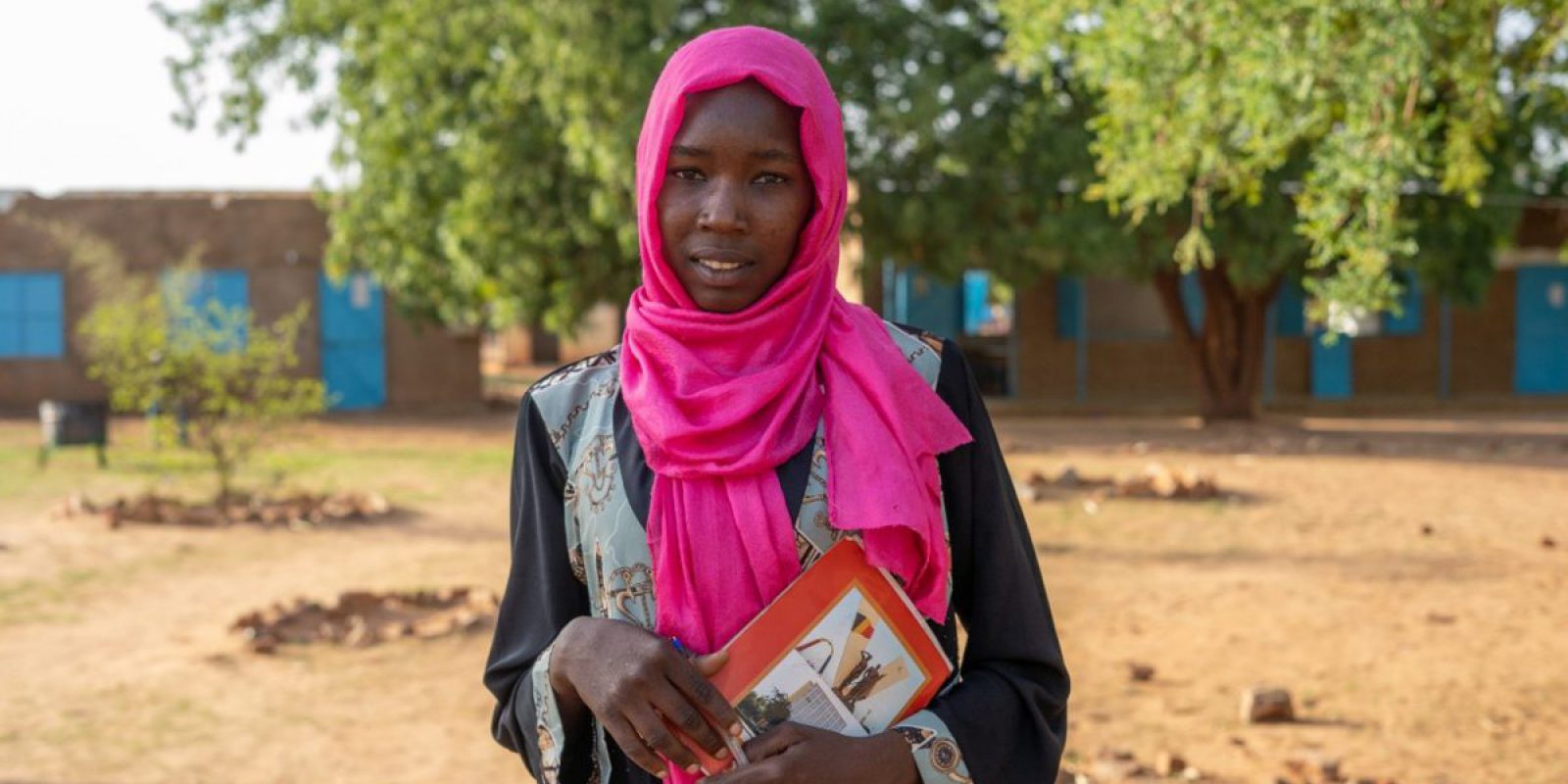 Chad: A community’s commitment to education during COVID-19

story
Nigeria: The importance of teachers’ well-being 26 May 2021