France: Longing for a space to call home

Paris – When I want to take a shower, I look at my body. For example here, this is from a cigarette. My hand is broken. You can see they used acid to burn off the tattoo I got for my mother.

So of course, in France, when I see the police I’m scared.

I was a journalist in Iran. I was writing because I wanted to make the country better for my people, and I was arrested for that.

The last time I went to prison I was very scared.

After 10 days I didn’t know if it’s day or night because is the light was always on. The walls, the clothes, my plate, everything was white.

Then one day they entered my cell and said, “OK, tomorrow we’re going to hang you”, closed the door and left.

During the night, I thought about my wife, my mom, about many things. I just desperately wanted to talk with my mother but it was not possible….

And [as I far as I knew] in five or six hours I would be hanged.

Later, someone came and told me, “we aren’t going to hang you today; we’ll hang you in a week”. The stress was unimaginable.

They gave me a minute on the phone to call my father. He sold our house pay a bribe; I was released a month later.

Once out of prison, I had to think of what to do. I couldn’t stay in the country. I had travelled to Europe before as a tourist, so I decided to go to Denmark to apply for asylum. It took weeks to get to Europe; the trip was excruciating – flying, walking, going over mountains by horse, and paying people along the way.

When I got to Denmark to seek asylum, they saw my previous tourist visa for France and mistakenly applying the Dublin Regulation, they sent me there; they thought I had sought asylum in France and left to Denmark, and made me leave.

When I arrived in France they said, “no, your ‘first finger’ is in Denmark. Go back there”. I told them I didn’t want to be in France anyway, but here I am.

My first day in France, I slept in the airport. And after that on the street. I couldn’t believe it. I slept on the street for a month. I’m still trying to sort out my documents and get the letter for my ID card. But for my ID I need a letter. For my letter, I need a passport. For a passport I need four months to apply.

The second time I came to Europe, I thought I was going somewhere which respects human rights, because I had been here before as a tourist.

But now the word ‘democracy’ seems like a joke. ‘Liberty, justice, humanity’ all seem like a bad joke.

The night was cold, so I would ride the Metro until 1 a.m. Then I would take the bus until its last station, sometimes to sleep, sometimes just to get warm. Sometimes I would sleep in the airport but police would stop me. I told them I was a refugee and they would make me leave.

Even though I got refugee status quickly, it’s all the other documentation and my lack of money that is the problem. All the paperwork problems that someone could have, I have them all.

I told the French NGO that I’m a writer, that and I’m writing my life story and they thought I was working, so they closed my bank account.

I began to get angry with the government and NGOs that were supposed to help. I called one NGO. Frustrated, I told the woman on the phone that I was living on the street. She finally put me in touch with JRS which arranged for me to stay with a French family.

For one month I stayed with a French family, as part of the Welcome Project. I was nervous. In Iran I invited many people to my house but now I am in France with a different culture. I didn’t know what would happen.

After that family, I came to this Jesuit community. Now every day I say, “Thank you God”, because I have a little room and I eat.

When I have a house someday I will save one room for the Welcome Project, so I can take someone in and give him food and take him to get his papers. This is my idea for the future, because of JRS. They give me hope. Before I was homeless and I didn’t have anything but they grabbed my hand and tried to do something for me.

Before, I said I couldn’t find humanity in this country but every day now hope grows in my heart.

*Names have been changed for reasons of security. 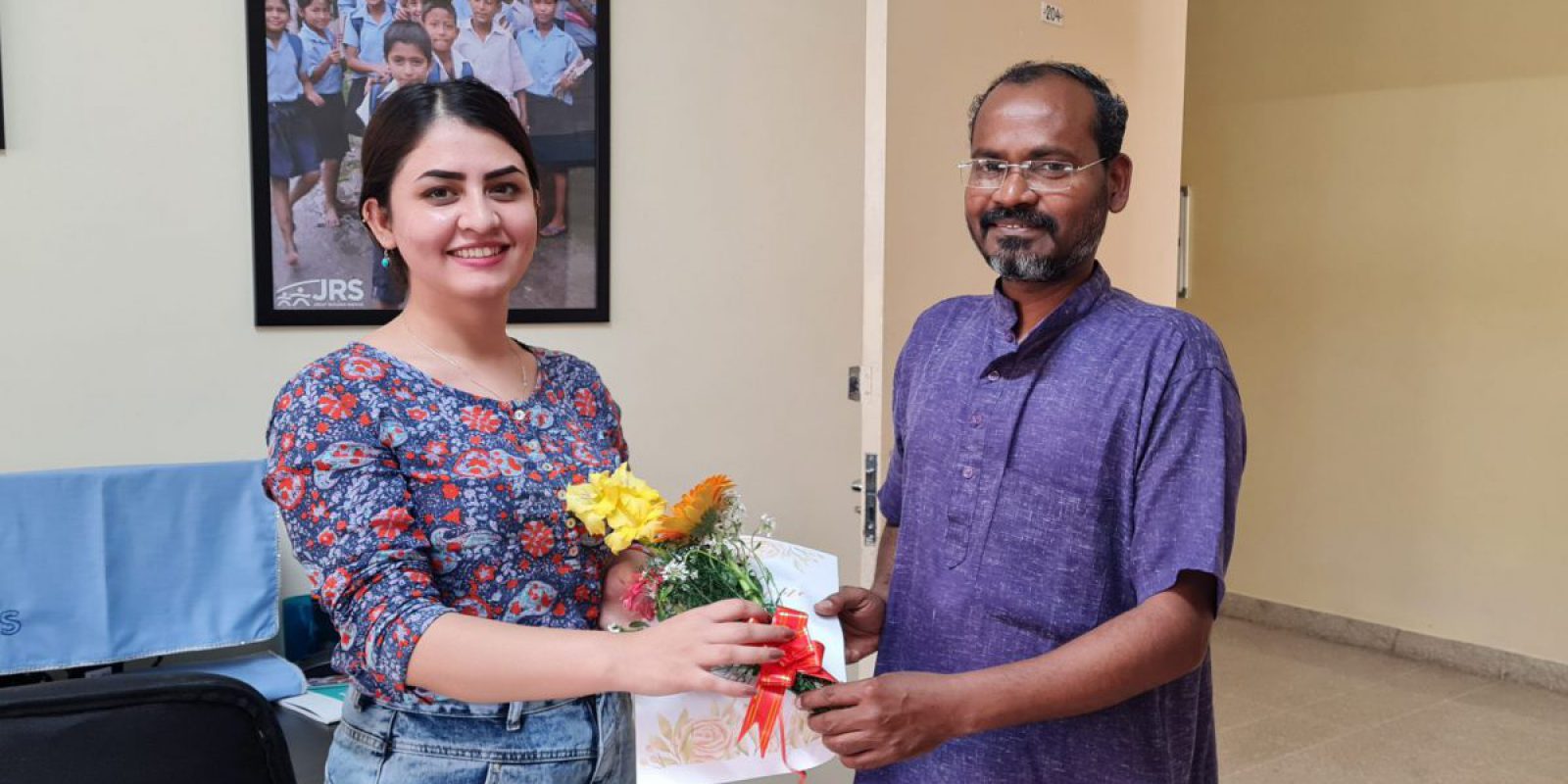 news
UK: Finding their place in homes and hearts in London 02 Dec 2019

story
JRS Europe launches CHANGE: We all have a role to play 22 Oct 2019