Bambari – For some months now in Bambari, we often hear about “Essential personnel/Non-essential personnel”. These are new, surprising, human categories. They are dictated by specialists of the humanitarian world. We are part of the “non-essential personnel”, people who can be evacuated in case of emergency: when combats intensify or are predicted, when the general population sees NGOs leaving on UN planes and is terrified to be left behind, waiting for an enemy that might or might not attack. And whilst some can leave for safer destinations, others have to pack their bags and hit the road, adding to the numbers of displaced people crammed in ignominious camps, or dying along the way.

Last December, all “non-essential personnel” left for a month. How sad, poor and never-ending is the war in Central African Republic: rebel groups that are allies today will be enemies tomorrow, alliances form and dissolve, as new rivalries emerge in the quest for a piece of land rich in diamonds, gold or cattle. Oxen and cows are more valuable than men and women, diamonds more valuable than children.

Back in Bambari, we found desolate scenes in surrounding villages: houses burnt, thousands of newly displaced people sleeping in the open, children starving (so easily said: “children starving”), women that had been raped (also, so easily said: “women that have been raped”)… and touching gestures, such as the village chief who, faced with a population that had tripled in size, and with no succour in sight, assembled his villagers to tell them: “When you return from the plantation today, let each of you bring back a tuber for the displaced from Bakala”. One tuber at a time, we will write a story of survival.

I know that silence, the silence after the gunfire and before the account of the atrocities, the silence that takes up residence in a hidden corner of the soul.
Sr Teodora Corral, JRS Project Director in Bambari

It is the silence that we hear when people tell us what they have gone through. How 25 young people were locked in a school and shot, how people were forced to bury them there and then, in a common grave, how they could not even complete that task and had to burn the rest of the bodies because the rebels wanted to finish up quickly, how they saw a pig eating human flesh. How a young woman was taken to a corner and raped after they shot her brother’s feet so that he would not disturb them. How the rebels had wanted to sleep with a woman but she had refused, saying that she had a husband, but they replied that they had weapons. How another woman’s child was sleeping, not because he was tired, but rather because he was hungry. Or how someone had to leave his older brother in Bakala because he could not walk, so at night he had to go back to the village and give him some food. How a woman became separated from her husband, when she heard sounds of gunfire and ran off, so now they are apart and she is about to have their baby. How another woman’s son repudiated his wife after she was raped and she does not know where he is now. How the Blue Helmets saw everything but did nothing. How another wants her child to go to school but there is no school. How they sleep on the floor. How they could take nothing with them and so they now have nothing…

And now is the time for reconstruction, the time to go on living.

And here we are, accompanying this population as best we can, unable to do much to help them, with many questions and very few answers, often repeating to ourselves the poem of believers: “What is man that You are mindful of him, And the son of man that You visit him?… You have crowned him with glory and honour” (Ps 8)… And we dream of that distant and anticipated honour, for all.

JRS takes part in evaluation missions organised by OCHA with other NGOs and UN agencies. It is another way of to accompany, to serve, to advocate. We want the world to be aware of the damages caused by this war also on the educational system. We could write pages and pages on those damages. Perhaps a future article. 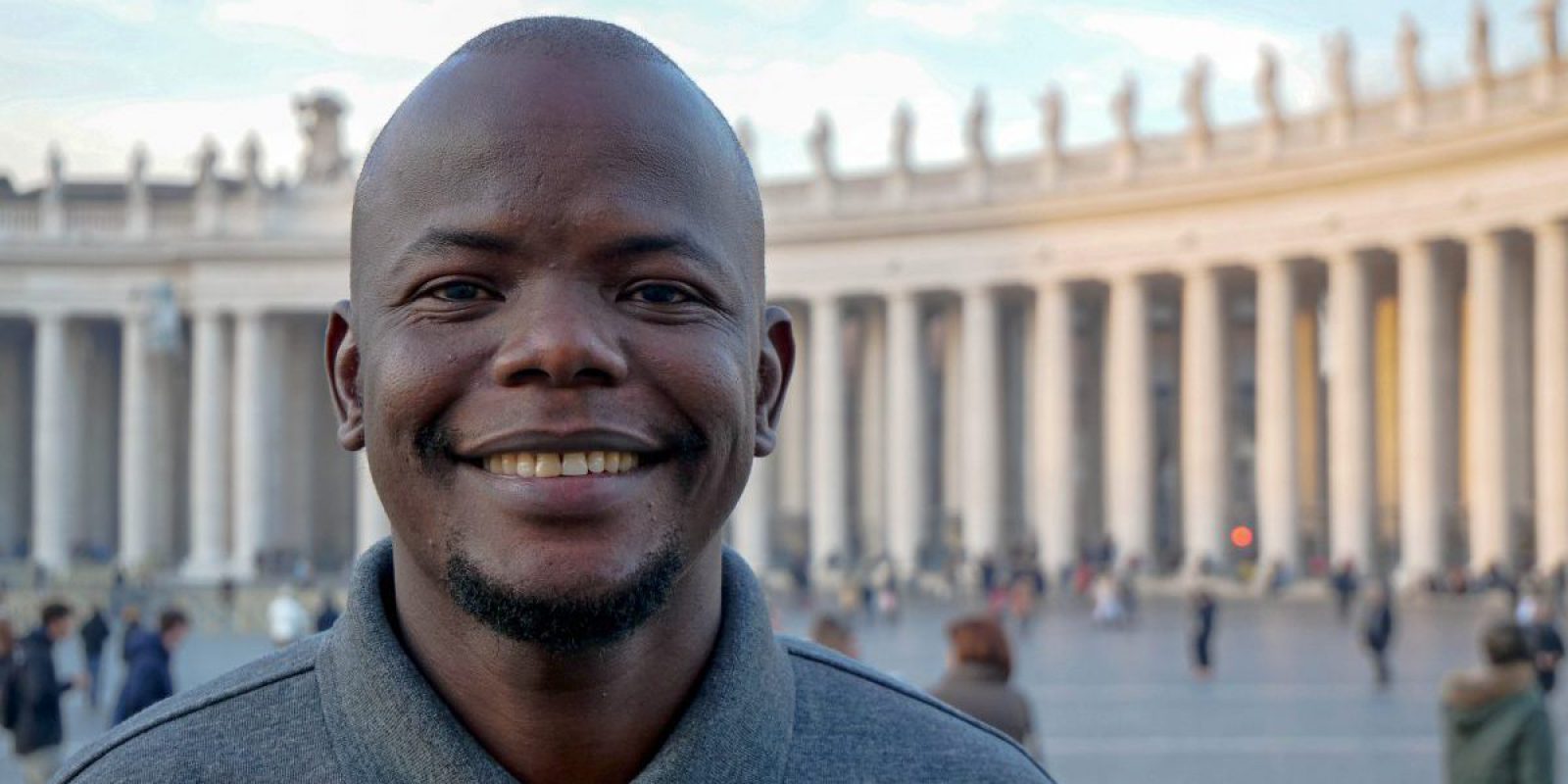