Amro, 10 years old, is a student at one of the JRS schools in Baalbek, Lebanon. A refugee from the western Syrian city of Homs, he and his family fled to Lebanon after the violence of the Syrian conflict drew closer to their home.

Amro was only three years old when he arrived to the city of Baalbek in the Bekaa Valley. Due to the hardship of moving the family to Lebanon, and their economically challenging circumstances, Amro’s parents were not able to enroll him in school until they came across Al Noor 1, a JRS school that offers free education.

At the beginning of his academic journey, Amro encountered various learning difficulties. He was very shy and lacked any prior experience of fitting in at school and with other students.

Amro struggled with receiving poor grades in most subjects. When he was in second grade, he began to focus his attention on drawing. His art tutor noticed his artistic accomplishments and began showcasing them to his classmates, the school administration, and other teachers.

The little inventor of today will be great in the world of tomorrow.
School principal

Amro’s mother shared that her son had a passion for drawing as a young child, and that during difficult times, he grew even more attached to his vibrant creations. The support that Amro received from the school team helped to foster his creativity. “Whenever he heard a word of admiration and praise from his tutors, he would return home full of confidence and new ideas that he seeks to implement,” she said.

Amro’s skills and abilities have grown significantly over time. He began to explore engineering inventions and applications with the help of his tutors. Amro is also very interested in learning about electrical circuitry from his father. And with the guidance of his mother, he started showcasing his skills and inventions on social media (Tik Tok, YouTube, and Facebook).

His techniques and inventions are remarkable for a twelve-year-old kid. He collects building materials from the garbage, a noteworthy practice in a time when there is so much waste.

Among his most notable inventions is a floor-cleaning robot made of discarded console boxes and paper that he can control, a cardboard car for waste sorting, and a battery-operated water mill. 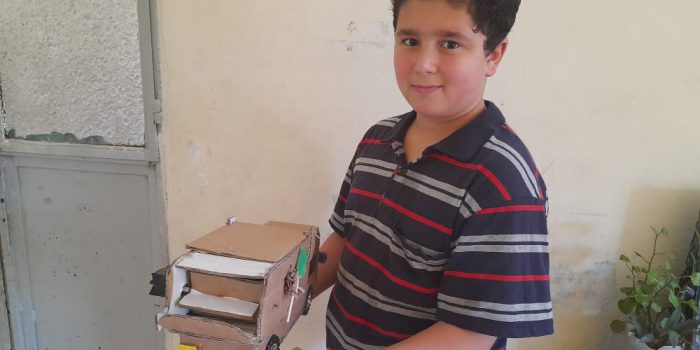 One of Amro’s creations: a cardboard car for waste sorting.

His inventions made him well-known in school and amongst other students. “In all honesty,” the mathematics tutor says, “I believe Amro is a brilliant engineer in spite of his limited resources.”

Meanwhile, the principal of his school says, “Amro is one of our hidden treasures. We can help him achieve his dream, as well as our dream of being a school that is proud of its students. The little inventor of today will be great in the world of tomorrow.”

Amro’s future projects include attempting to solve the problem of power outages by obtaining electricity from sources that have yet to be revealed. The story of this young life, his dreams and his ambitions show the potential of youth when they are empowered. It is this kind of accompaniment, the attentiveness to the abilities of each child, that we hope to provide for all our students, for them to be free to pursue their dreams.

This story was  first published by JRS USA. 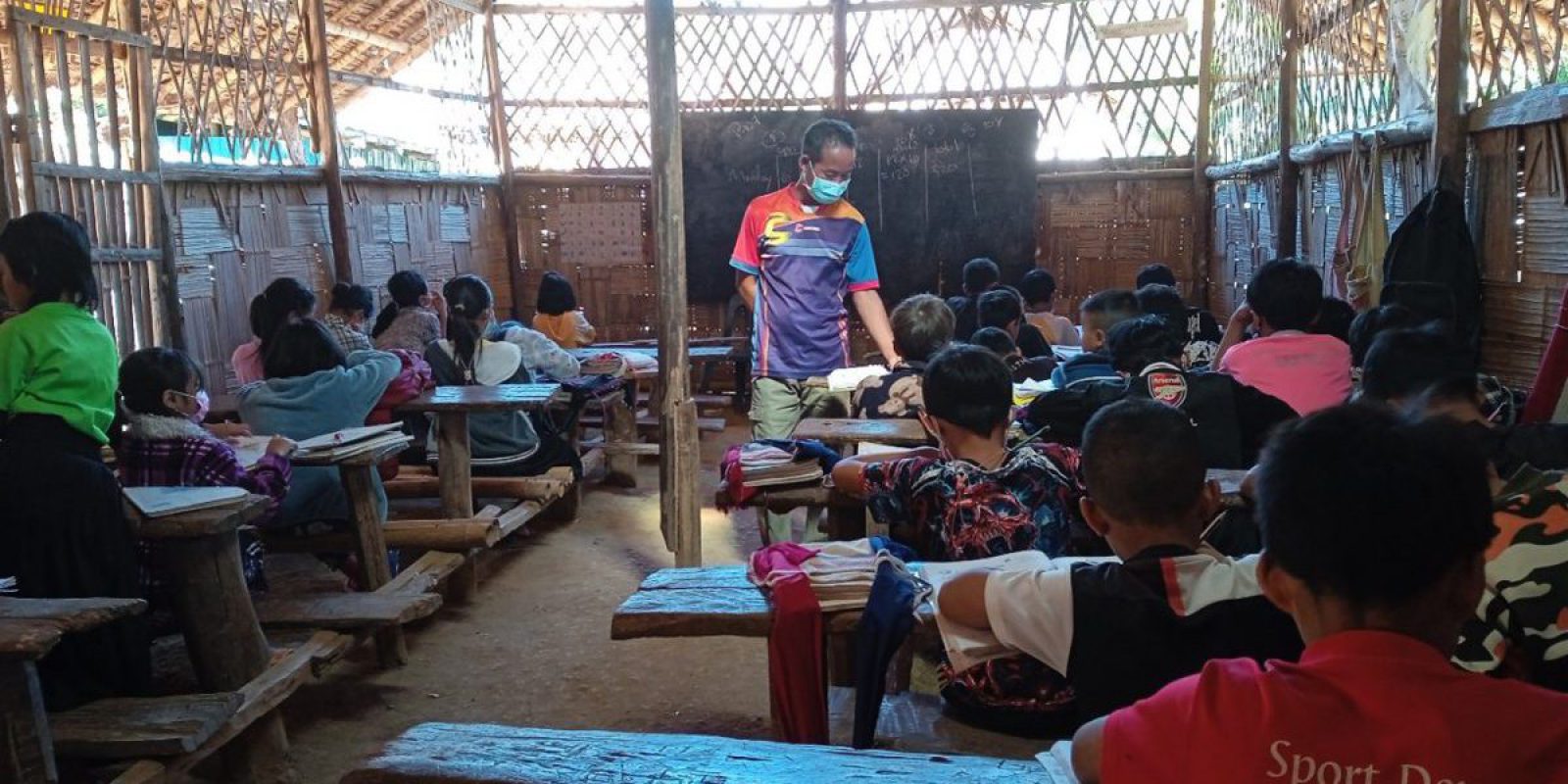 “Education will lead to peace”: a teacher’s dream in Thailand

story
“Knowledge has no age”: Literacy course for young girls and women in Chad 06 Sep 2022