Urging Support for the Global Compacts on Refugees and Migration

Rome – The Jesuit Refugee Service (JRS) calls on the member states of the United Nations to respond to this historic moment for refugees and migrants, and support the UN Global Compacts on Refugees and Migrants that are both entering their final stages of adoption.

On 13 November this year the UN General Assembly’s Third Committee passed the “Omnibus resolution” that included the UNHCR’s annual report to the UNGA, which incorporated the Global Compact on Refugees. While 176 countries voted in favour of the resolution, the USA voted against it, three countries abstained, and others expressed reservations on some aspects of the resolution. A number of countries have also withdrawn from the consultations leading up to the Migration Compact, and have signalled that they will not be party to it.

JRS regrets this trend. It is evident to all observers that migration is a truly global phenomenon, closely interconnected with situations of inequality in the world. Global migration brings global challenges, and requires global responses. The process that led to the Migration and Refugee Compacts was an unprecedented attempt to look for solutions in a globally-coordinated way. The texts before us are the result of two years of careful consultations. Abandoning the process at this stage would   undermine the trust needed at the international level to address such complex issues.

Moreover, JRS notes that the compacts are non-binding instruments that in no way compromise national sovereignty or the rights of states to manage, and make legal distinction between, regular and irregular migration.

The Refugee Compact does not seek to replace the 1951 Refugee Convention, which has 145 contracting states, or the 1967 Protocol, which has been ratified by 146 states. The two compacts   propose systems and platforms that allow for refugee movement and migration to be managed globally in ways that protect the safety, dignity, human rights, and fundamental freedoms of all people on the move, regardless of their status. Both compacts also recognise the need, often ignored in the past, for host countries and communities to be supported and protected.

At the heart of both compacts is the principle of solidarity: the responsibility for protecting refugees and vulnerable migrants has to be shared by everyone. For example, 80 per cent of all refugees live in just eight countries, and the vast majority are hosted by the Global South. The financial burden and other costs can and should be shared and managed by all countries.

JRS acknowledges the concerns of countries that cite “national security” as a reason to exclude or penalise refugees. However, states must remember that security is not about securing borders, but about providing for the security of all people. Fundamental human rights must also always be taken into account when considering security mechanisms and policies.

JRS also calls on state and non-state actors to invest in medium- and long-term development approaches to the humanitarian needs of forcibly displaced persons. Economic and infrastructure growth in receiving countries contributes to national resilience and strengthens the capacity of states to deal with the needs of both host and refugee communities.

The mission of JRS is to accompany, serve, and advocate the cause of refugees. We call on the global community to accompany all vulnerable people on the move, to provide for their basic needs, and to cooperate in the privileged task of giving them hope, starting by unanimously approving both Global Compacts. 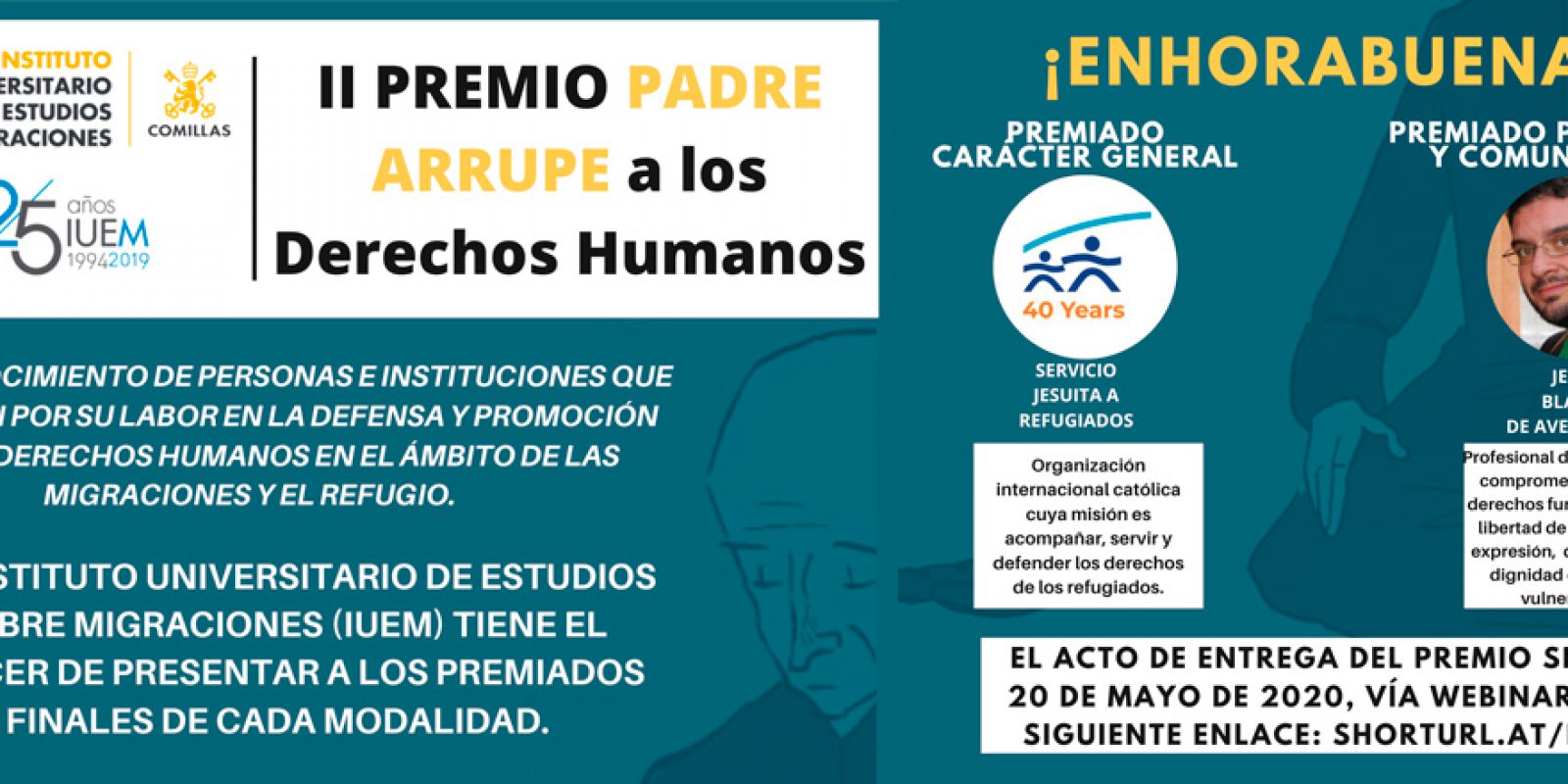 news
JRS stands with refugees and migrants in the midst of COVID-19 April 7, 2020