JRS has been following with concern the developments in Ukraine even before the start of the Russian military offensive. We join with Pope Francis in grieving the “diabolical senselessness of violence” and in asking all parties to “refrain from any action that would cause more suffering.”  While we hope that they will soon be able to return safely, JRS and the Society of Jesus (the Jesuits) are mobilizing resources worldwide to provide immediate support in Ukraine and in neighboring countries. JRS stands close in thoughts and prayers with people being forced to leave their homes. We welcome efforts by the EU and its Member States, in particular those neighboring Ukraine, to keep borders open and welcome those forced to flee and we call on the EU to respond with unity and in solidarity in the short and long term.

Our response in photos 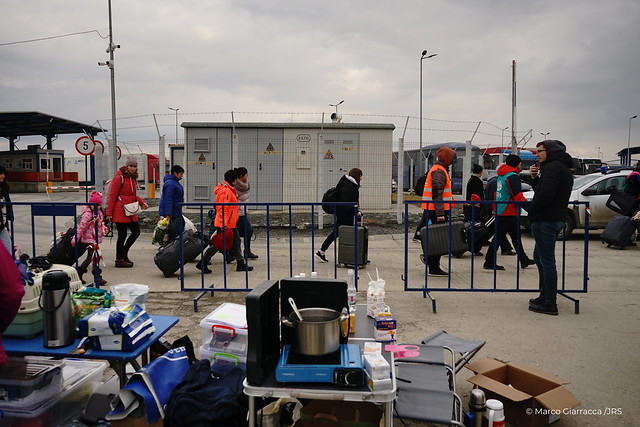 In Ukraine: helping those fleeing, supporting the internally displaced

In Lviv, where JRS is present, the security situation is still relatively calm. Many people are arriving from other parts of Ukraine. The majority of them intends to reach the Polish border and often need support or a place to spend the night on their way there. JRS refugee house, with a capacity of about 20 people, is currently been used to that end. Also the retreat house of the Jesuits has been immediately converted into a transit house for displaced people.

In Romania: JRS on the first line

Between the 24th and 28th of February, 70.000 people have transited from Ukraine into Romania. About 30.000 of them quickly left for other EU countries, while about 28.000 chose to remain. Only a small minority officially applied for asylum for the moment, so most of them are legally migrant and not entitled to reception as asylum seekers. Both the Romanian authorities and citizens are showing great enthusiasm to welcome people, however coordination is still needed in the different responses.

JRS Romania is providing support both in the centers for asylum seekers along the borders and to the people who are not in the centers, by providing welcome packages, acting as a mediator between private donors, government organizations and the people in need, supporting people to reach airports and train stations, providing accommodation in JRS’s own shelter and looking for more accommodation for people in need.

In Poland and Hungary: creating and supporting a welcoming infrastructure

Poland is for the moment the country receiving the most arrivals of people from Ukraine. Many are staying with family and friends as well as travelling forward to other EU countries. JRS is mobilizing to facilitate transportation for people from the borders as well as providing basic supplies and supporting people finding provisional accommodation through rental assistance. Additional support in the form of legal, administrative as well as psychological assistance is being organized.

Hungary is receiving smaller numbers of people for the moment, including Hungarians who were living across the border in Ukraine. The government has expressed the will to support the refugees and the Hungarian population is reacting in a very welcoming way. JRS has a small presence in the country and at this moment is assessing how to best be of use. Hungary is traditionally a transit country for refugees, however in this case, should the conflict continue, it is likely that many Ukrainians will want to remain. JRS is therefore already looking into medium-term support needs, such as longer term accommodation support, next to the more immediate needs such as food and healthcare supplies.

In South-East Europe: preparing from the ‘second line’

Bearing in mind the experience of the Crimean crisis in 2014, JRS in South-East Europe (Croatia, Bosnia-Herzegovina, Serbia, Kosovo, North-Macedonia) is also preparing to receive some Ukranians refugees should the conflict persist. Contingency planning is prepared, including the search for potential accommodation within families, parishes and Jesuit houses. Relevant contacts with government authorities and municipalities, such as the city of Zagreb in Croatia, are being established in order to be ready with response based on hospitality in case of need.

At the EU level: advocating for a welcoming response

At the regional level JRS Europe is monitoring the developments in the region as a whole and the EU’s response in particular.

We welcome the initial positive response of the EU Member States, determined to react as a Union and provide protection to people feel Ukraine and we strongly support the proposal of activating the procedure to provide temporary protection in cases of max influx of refugees as foreseen by the Temporary Protection Directive.

We wish to stress that all people fleeing the conflict in Ukraine should be allowed to leave the country, irrespective of their nationality. Once in safety, and within  adequate reception conditions, the protection needs of third country nationals that are not Ukranians can be assessed according to the existing procedures and the repatriation of those who wish to return to their home-countries can and should be facilitated.

Next to the immediate response, EU Member States need to quickly discuss and agree on a responsibility-sharing scheme, including clear relocation measures, to ensure that the workload of Ukraine’s neighboring countries remains under control and that EU standards of protection and reception conditions can be guaranteed. Finally, the protection needs of Ukranians who were already outside the country when the conflict started must also be recognized. 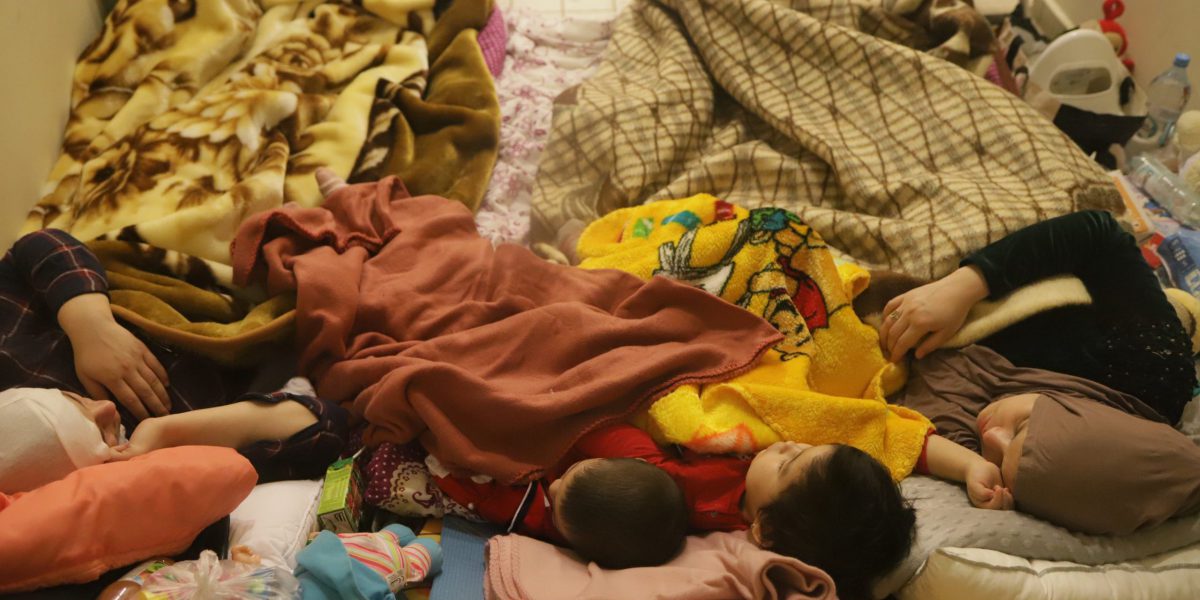 Help us respond to the crisis in Ukraine 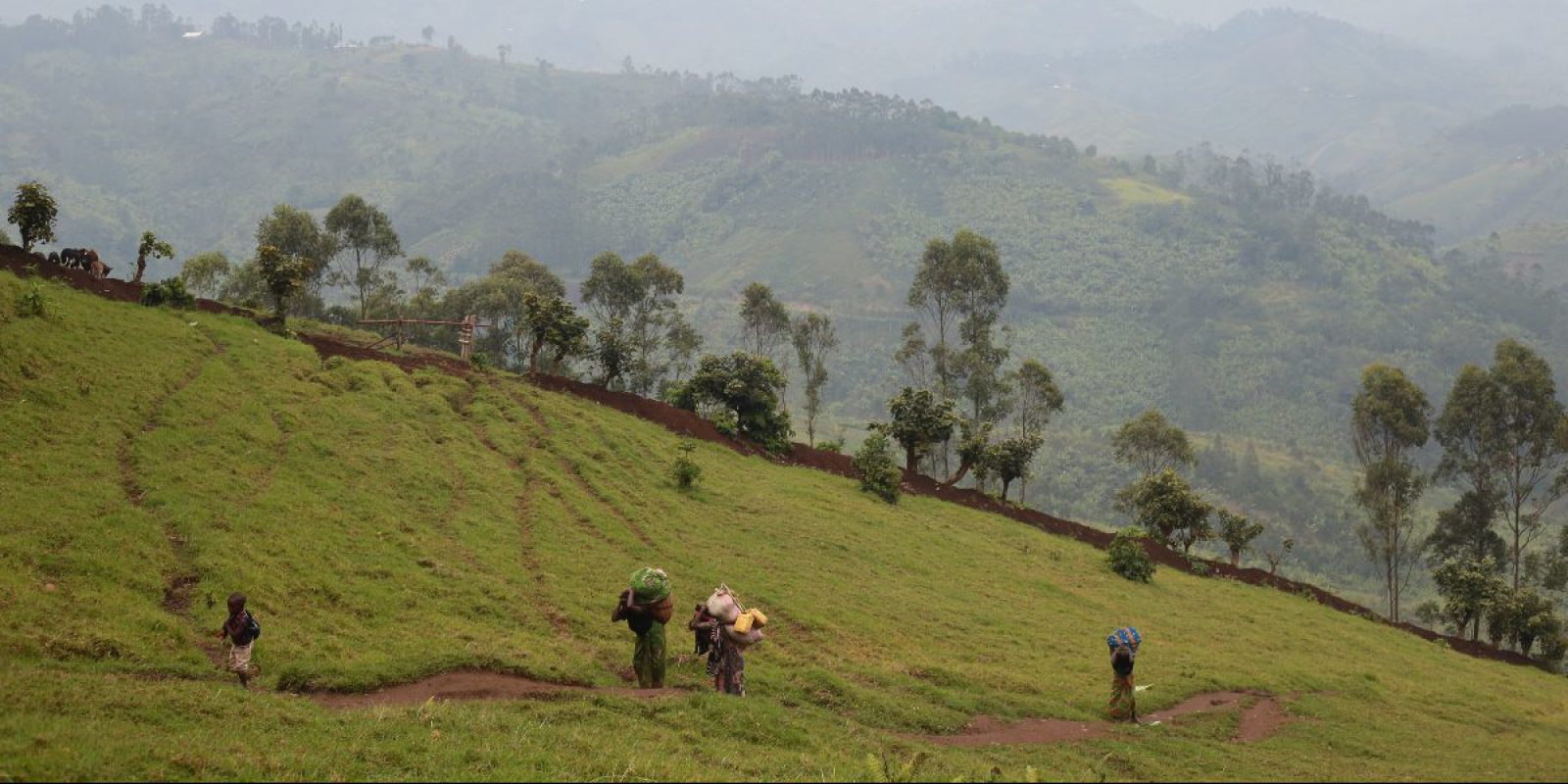 news
Refugees from Ukraine hope for a peaceful future November 18, 2022