We, Catholic church leaders from around the world, welcome the entry into force on 22 January 2021 of the United Nations Treaty on the Prohibition of Nuclear Weapons.

We are encouraged that a majority of UN Member States actively support the new treaty through adoption, signatures, and ratifications. It is fitting that the Holy See was among the first states to join the accord in 2017. In addition, public opinion surveys worldwide demonstrate the global conviction that nuclear weapons must be abolished. The worst of all weapons of mass destruction has long-since been judged to be immoral. Now it is also finally illegal. 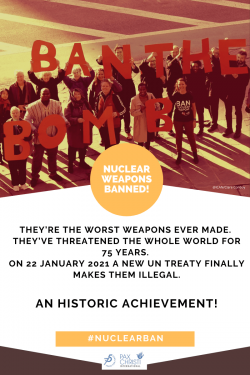 We are concerned by the continued risk to humanity that nuclear weapons could be used and by the resultant catastrophic humanitarian consequences. It is heartening that this new treaty is based on a growing body of research about the catastrophic humanitarian and ecological consequences of nuclear attacks, tests, and accidents. Two examples that speak to all people are the disproportionate impacts of radiation on women and girls and the grave effects on Indigenous communities whose lands have been used for nuclear tests.

We, the undersigned, support the leadership Pope Francis is giving to nuclear disarmament. During his historic visit to the bombed cities of Hiroshima and Nagasaki in November 2019 the pope condemned both the use and the possession of nuclear weapons by any state. Peace cannot be achieved through “the threat of total annihilation,” he said. Pope Francis urged support for “the principal international legal instruments of nuclear disarmament and non-proliferation, including the UN Treaty on the Prohibition of Nuclear Weapons.” Prior to his visit, the Conferences of Catholic Bishops in Canada and Japan urged their governments to sign and ratify the new treaty.

Like them, some of us are from countries allied with a nuclear power or that have nuclear arsenals. Surely, in this era of increasing global interdependence and vulnerability, our faith invites us to seek the common and universal good. “We are all saved together or no one is saved,” the Pope’s new encyclical Fratelli Tutti says. “Is it possible for us to be open to our neighbours within a family of nations?” it asks. International cooperation is essential for addressing the Covid-19 pandemic, climate change, the gap between rich and poor, and the universal threat of nuclear weapons.

No matter where we are from, we join in urging governments to sign and ratify the UN Treaty on the Prohibition of Nuclear Weapons. We thank those who have already done so and we urge them to invite other countries to join the treaty as well.

We invite fellow church leaders to discuss and deliberate about the significant role the church can play in building support for this new international norm against nuclear weapons. It is especially important for national and regional bishops’ conferences as well as Catholic institutions and foundations to review whether church-related funds are invested in corporations and banks involved in producing nuclear weapons. If this is the case, then take remedial action by ending existing financing relationships and look for ways for disinvestment.

We believe that God’s gift of peace is at work to deter war and overcome violence. Thus, on this historic day, we congratulate members of the Catholic Church who for decades have been at the forefront of grassroots movements to oppose nuclear weapons and Catholic peace movements which are part of the Nobel Prize-winning International Campaign to Abolish Nuclear Weapons (ICAN). 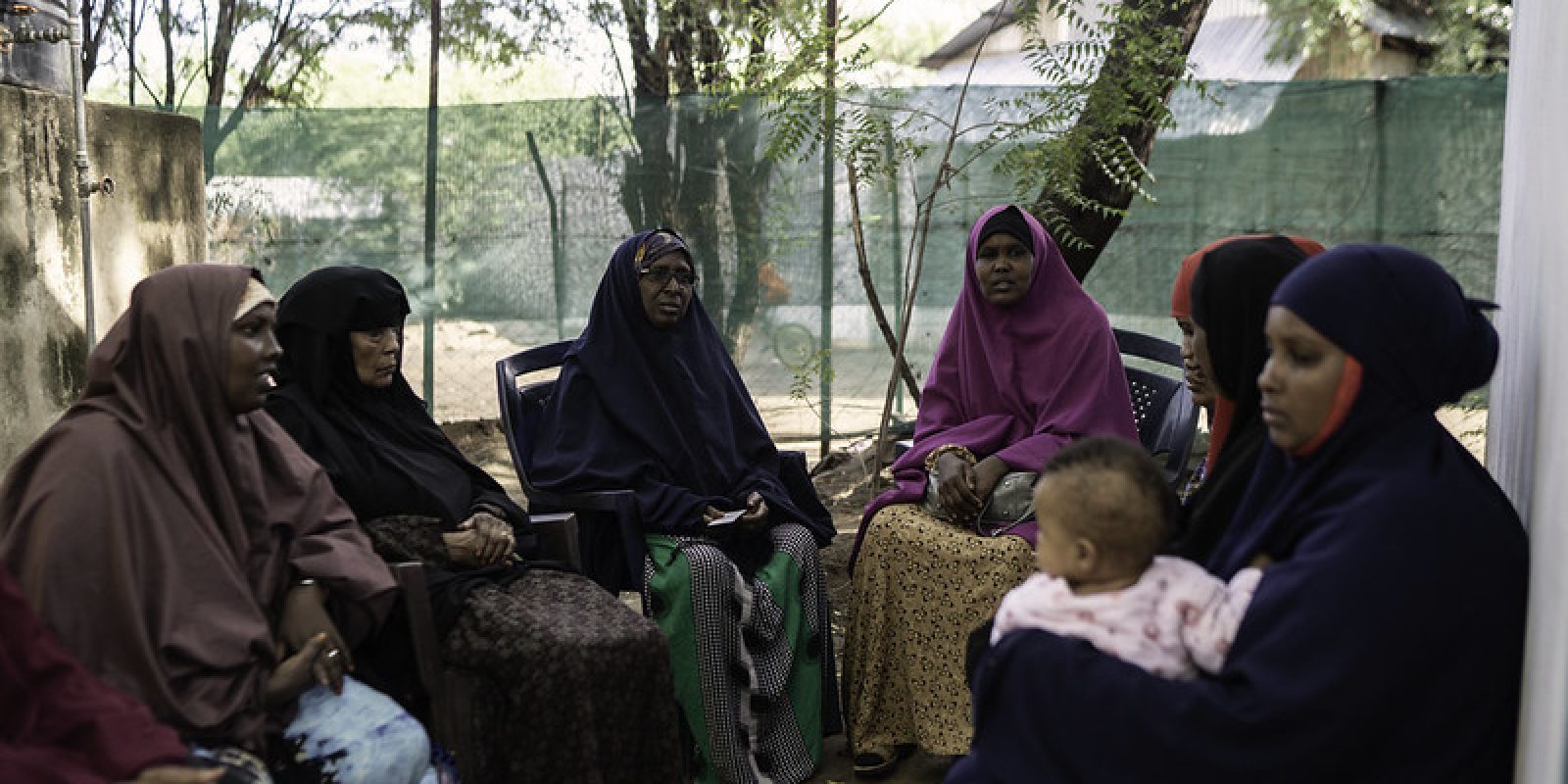 Kenya: JRS joins the appeal from the Kenya Conference of Catholic Bishops not to close…

news
Joint Interreligious Statement of Faith-Based Organizations operating in Iraq on the occasion of the Apostolic Visit of Pope Francis March 3, 2021